“A chronically ill environment: The impact of the lack of healthy foods in vulnerable populations”

A Research Brief by: Jada Irving 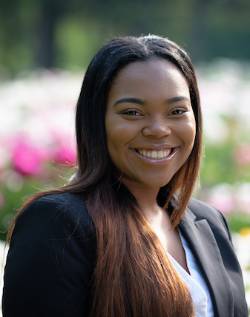 In order to create a healthy population, a community must at minimum provide access to individual necessities like shelter, nutrition, and basic medical care. Without this, the population will suffer from chronic illnesses due to lack of resources conducive to a healthy lifestyle. In Detroit, Michigan there is a wide scale lack of resources. Specifically speaking on basic necessities, it lacks proper nutrition which has led to a population with high prevalence of chronic illness. Typically, vulnerable populations affected include communities of low income African Americans where there are few to no healthy food options. These communities are typically filled with many fast food establishments and are therefore left vapid of fresh fruit, vegetables, and other healthful whole foods.

Detroit, Michigan is 35.7% below the poverty line and is 79% African American. In addition, chronic heart disease, cancer, and diabetes claimed approximately 4,351 lives in Detroit in 2016 and are the leading causes of death in the city. Detroit is above the national average for diabetes rates with a rate of 34.78% with the national average being 26.72%.

A new intervention entitled, "Healthy Here, Healthy Now" should be adopted in low income communities throughout Detroit, Michigan. This intervention would incorporate healthy foods into local stores including gas stations and liquor stores. In addition, the intervention provides healthy foods through community churches and community centers. This program should be adopted because it would put healthy foods directly into the community rather than expecting the city to build new buildings or force individuals to travel outside of their means. The locations listed are places that fill communities and that many individuals visit on a day-to-day basis which would optimize usage. Additionally, these healthy foods could come from local community gardens so that they can be priced at a rate in which people would be able to afford them.

While many may argue that placing healthy foods in liquor stores supports substance abuse as it may encourage more to enter into these spaces, these stores plague the community streets with at least 2 or 3 on most corners. With that, placing the healthy foods in these highly utilized stores will close the gap by meeting individuals where they are and placing resources where they would be able to easily access them. This solution would eliminate many barriers to accessing healthy foods. Key measures of success include lower rates of chronic illnesses including diabetes, heart disease, and cancer throughout vulnerable populations in Detroit,
Michigan. This would be measured annually to monitor new cases of developed chronic illness. As community members or individuals who reside or work in Detroit, Michigan, it is important to educate one's peers in order to ensure community members truly understand the importance of eating healthy. It is also important to encourage one's peers to cote in elections as the officials on the ballots affect the long term lives of individuals directly through their health.