Deserts in the City: The Effects of Food Supplier Networks on the African American Community

A Research Brief by: John Rhodes 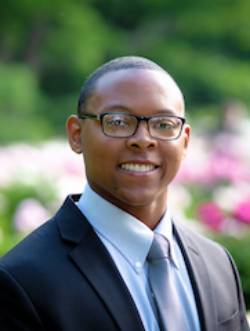 Equality of healthy food distribution is a major public health issue in urban neighborhoods. Low-income African Americans receive less healthy food due to distance, shelf space, and suppliers. Within the United States, 23.5 million people live in food deserts. (USDA 2009) The results of communities with little access to healthy food have led to health disparities such as obesity, heart disease, and diabetes.

Statistically, there are fewer grocery stores around African Americans compared to their white counterparts who have greater access to stores with healthy foods. (Stern 2016) African Americans purchase foods that are high in salt and sugar because they taste good and those are the foods offered in their local convenience stores. (Kim 2017) Research has shown that supermarkets devote more shelf space to healthy foods when compared to convenience stores in urban neighborhoods. (Farley 2009) Less shelf space is devoted to fruits and vegetables because convenience store owners know that they will make more money selling unhealthy foods, and unhealthy supplier networks continue supplying them.

In order to bring access to low-income communities, organizations with resources and money must collaborate. St. Joseph Mercy Ann Arbor and local farmers' markets have collaborated through the CSA program, which hands out free half baskets or whole baskets filled with produce to families in need. As an intervention, organizations should collaborate to host farmer's markets in low-income communities and give out produce baskets. In the farmers' markets, chefs and health educators would volunteer their time to cook meals with the food offered, while the health educators explain the benefits of each food being cooked. Therefore, by demonstrating this practice, clients would know how to cook a meal and understand the benefits it provides.

This intervention would address the lack of transportation, food literacy, and the lack of healthy supplier networks that advertise to low-income communities. Due to the lack of cars, this program would eliminate the barrier of access for many people. In order to measure success surveys will be mailed each month to assess their food literacy and comfortability feeding their family. After one community is served it would be ideal to have these farmers' markets extend to other areas along with community classes that help improve consumers' food literacy.

This project would not have been successful without the help of Dr. Dotson, Mr. Clarke, and Ms. Simmons.