A Research Brief by: Linda Tran 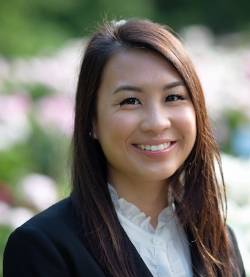 Vulnerable populations such as minorities, immigrants, disabled, and low-income individuals are negatively affected by food insecurities. Large portions of the aforementioned populations live in low-income neighborhoods with no grocery stores, and when nutritional food options are available, they are cost prohibitive. Historically, in the 1960s and 1970s, Caucasian suburban neighborhoods left low-income communities with less resources and infrastructure which caused rural and urban environments to have increased food insecurity rates.

To eliminate food insecurity, it is necessary to implement programs such as the Food Farmacy program that is found at Hurley Medical Center in Flint, Michigan. At the Food Farmacy, patients receive six total visits with two days' worth of food supply at each time. After the fifth visit, patients are re-evaluated for food insecurity. The success of this program has been seen through the results which indicate that from August 2017 to June 2018, there has been over 1,800 visits with 700 patients gaining access to healthy foods and over 2,241 household members have received helpful food resources (Hurley's Community Health Needs Assessment Report 2016). With more time, this program should be expanded so that insurance companies fund such programs. Specifically, insurance companies should partner with local organizations that have initiated programs specifically for food assistance for vulnerable low-income populations.

This expansion would involve insurance companies funding local community health centers and hospitals to implement food pharmacies and other resources to improve health. By having insurance companies assist in covering a portion of the costs, organizations will be able to better improve the health of low income individuals. Additionally, insurance companies should give patients fifty dollars worth of food to be delivered to their door for those who have a disability or experience chronic food insecurity. With that, food insecurity can be addressed and hopefully remedied, with low income individuals improving their health holistically. It crucial that health systems and insurance companies address and work to improve the food insecurity crisis, so that all people regardless of their income and place of residency, have the opportunity to live a healthy and equitable life.