Autism Spectrum Disorder & Minority Identities: The Effect of Identities of Quality of Life 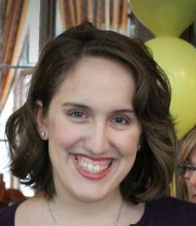 Lydia Essenmacher is senior in LS&amp;A majoring in Biopsychology, Cognition and Neuroscience. Next year she will begin her MPH at the University of Michigan focusing on Health Behavior and Health Education.

To many people, Autism Spectrum Disorder is something they hear about on the news. To me, ASD is a huge influence on my life and identity. Autism Spectrum Disorder, as defined by the CDC, is a development disorder that is characterized by behavioral, social and communication challenges. This can be expressed in many different ways, which is why Autism is called a spectrum disorder. My sister was diagnosed with Autism before I was born, so I have grown up being aware of the Autism community. When I began my college education, I realized that the community I consider myself an ally to has many problems.

While the CDC estimates that 1 in 110 children will be diagnosed with ASD, a majority of those are white males. The rate of diagnosis between males and females is 4 to l. There are many possible reasons for this difference in diagnosis, but one reason may be the difference in display of symptoms between the genders. Males are more likely to show repetitive behavior, something that is characteristic of an ASD diagnosis, and if girls aren't displaying typical symptoms that can lead to the decrease in diagnostic rates. There are also differences in diagnostic rates in non-white children. Black children are less likely to be diagnosed upon their first specialty care visit. There have also been racial and ethnic biases identified with one of the most common diagnostic tools for ASD, the Autism Diagnostic Observation Schedule. These challenges in the diagnosis of minority children create long term implications for those with ASD.

Implications of this Disparity

As with most chronic disorders, early intervention is very helpful for persons with Autism Spectrum Disorder. Early interventions have been linked with much better quality of life for individuals with ASD. Since girls and non-white children have challenges in being diagnosed, they have to wait longer to begin helpful therapies. Additionally, the stereotyping of those with Autism Spectrum Disorder as white males has led to more struggles for persons with ASD.

With more people being diagnosed with ASD; there has been recent an increase in research. When performing my literature review, a majority of the literature was published within the last 3 years. Almost all of the conclusions focused on the need for future research in this growing field and the display of symptoms differs across cultures, race and ethnicity, and gender. My personal next steps are to try to contribute to research in this field. While continuing this research, another step that can be made is educating parents and physicians about the differences in displays in symptoms of Autism Spectrum Disorder. As the Autism community continues to grow, there needs to be continued research and evaluation to make sure all of those with Autism Spectrum Disorder are given the proper diagnosis.