The Effect of Socioeconomic Status on the Mental Health of Children 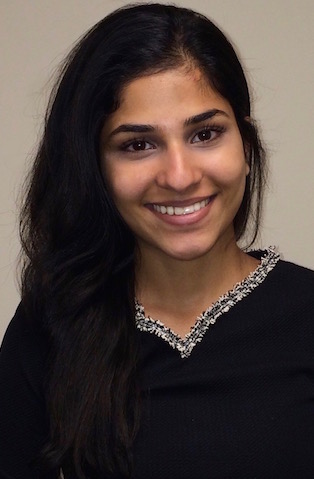 Fatima Nasir is a senior in the College of LSA at the University of Michigan pursuing a dual major in International Studies and Gender & Health, and a minor in Community Action and Social Change through the School of Social Work.

Social determinants of health have become an increasingly important topic when discussing health inequities. The effect of socioeconomic inequalities on health are an important topic in public health and social science research as the income gap in America continues to increase. Growing up in Hamtramck, an inner city in Detroit and a low-income community, I have been able to experience the effects of income inequality in health firsthand. According to the Health Resources & Services Administration, Hamtramck is identified as a Mental Health Professional Shortage Area. This has influenced me to want to understand the affect of socioeconomic inequalities on mental health especially in children since the onset of 75% of psychiatrics disorders occurs by age 24, mental health is critical to young adult health. Consequently, psychiatric disorders early in life predict later behavioral health problems. Growing up and seeing my peers struggling with mental health while not being able to find accessible help or resources is unacceptable. I noticed that their mental disabilities transcended into adulthood and still negatively affect the lives of these individuals today. This effect is experienced with greater consequence, as early adulthood is a pivotal time in an individual's professional and academic life.

Being an ethnic minority also faces its challenges as racial/ethnic minorities have the highest poverty rates, these groups are often unequally affected by this disparity. My aim is to explore and understand whether or not socioeconomic status affects mental health in younger children and to what degree.

My research findings show there is an evident relationship between socio-economic status and mental health in children. Studies show that lower levels of income are related to more symptoms of anxiety and depression. Furthermore, studies showed that low levels of household income are associated with several lifetime mental disorders and suicide attempts, and a reduction in household income is associated with increased risk for incident mental disorders. This data stresses the prevalent need for efficient access to mental health services in low-income communities. As 21% of all children live in families with incomes below the federal poverty threshold, we should aim to specifically help this vulnerable population. Mental health starting at an early age can have negative long-term health effects on children and impede their ability to succeed.

My proposed interventions include policy and program implementations that include educating parents within these communities on the needs of children at each stage of development, creating therapy and counseling programs in schools, and finally working with different local community organizations (e.g., recreational centers, health center, and child protection services) on identifying and creating possible interventions. Furthermore, more community-based research needs to be conducted in order to best understand the level of support the community needs and what solutions would be the most effective. I encourage peers and students at the University of Michigan to help aid communities near to our homes, such as Detroit and the cities within Detroit, in having equal access to health resources everyone should have.