Medicare: A look at the Hospital Readmission Reduction Program through a Health Equity Lens

A Research Brief by: Arlyn Reed 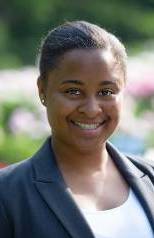 Thousands of hospitals across America have countless incentives to produce quality patient care. An important incentive is financial gain, and more specifically, optimal reimbursement amounts. Moreover, because millions of Americans are Medicare recipients, hospital administrators have to be keenly aware of Medicare reimbursement rates. While all branches of Medicare reimbursement are vital to patient care satisfaction, quality of health, and ultimately a hospital's success, the readmission program has the most recognizable relation to health equity. Therefore, a focus on lower readmission rates for vulnerable Medicare populations is critical.

The Readmission program fines hospitals up to three percent (which could total nearly 3 million dollars for certain hospitals) for excessive readmissions for certain health conditions. Research indicates that from 2007-2013, African Americans were more likely to be readmitted to the hospital than white or Hispanic patients. Specifically, in 2013, African Americans had a 22.9% readmission rate, whereas Caucasians had a 17.1% readmission rate, and Hispanics had a 20.2% readmission rate. Studies also show that for specific conditions such as acute pneumonia, myocardial infarctions and congestive heart failure, black patients have a 13% higher chance of readmission than white patients. Black Medicare patients have higher readmission rates for many reasons. First, they are more likely to be unmarried which is correlated with a deficient support system and lack of household structure. Second, they are more likely to live in a low income county which means that their likelihood of hypertension, kidney disease, and other comorbidities is higher than a non-minority patient who lives in a high income county or city. Finally, black patients live in areas with few primary care physicians, which makes transportation and scheduling difficult. Finally, black patients have a lower levels of education which results in decreased health literacy, which manifests in the form of decreased compliance with treatment plans, completely refusing treatment, or delaying doctor's appointments.

To combat readmission levels, hospitals should partner with Emergency Medical Services to implement programs that involve going to patient's homes once a week for follow up. This hands on partnership would ensure that a house safety check is completed, patients understand medication instructions, arrange doctors' appointments, arrange transportation to the doctor's office through the EMS, and are supplied with fresh produce. This collaboration would address complications that patients face after being discharged such as limited transportation, lack of understanding prescription instructions, and an overall curtailed ability to complete preventative care follow up measures.

The measure of success for this program is a decrease in readmission rates and an increase in grassroots programs. It is imperative that hospitals continue grassroots community work because without these efforts, minority Medicare patients will continue to unjustifiably suffer at the hands of health inequities that plague their communities. Creating programs such as the one mentioned above will eventually level the health equity playing field, and give minorities more opportunity to improve their health outcomes. Additionally, this program will hold hospitals accountable thus save reimbursement money.