The Mental Health Impact of a Parent’s Undocumented Status on their U.S. Citizen Children

A Research Brief by: Nancy Gutierrez 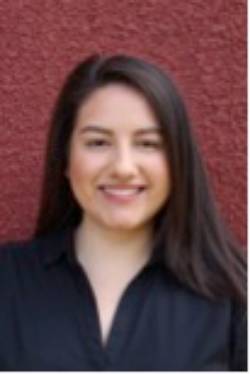 73.8 million children are living in the United States, and an estimated 4.1 million of those U.S. born children are living with at least one parent who is undocumented. Being a U.S. citizen does not protect them from the psychosocial effects that result from witnessing the distress in their parents caused by current immigration laws.

The discussion on mental health focuses around undocumented individuals, but less is focused on the citizen children whose lives are directly affected by having a family member who is undocumented. A parents' unauthorized status can prevent normal child development and as Hainmueller et al. state, it perpetuates health inequities through the intergenerational transmission of disadvantage.

For permanent relief, we must allow the stay for millions of undocumented individuals who are currently in the U.S., many of which have spent more than half of their lives here. In particular, I propose expansion on current law that allows citizen children, at age 21, to sponsor their parent for a green card. Until they turn 21, their parents risk being caught by immigration authorities and given an order not to return to the U.S. for several years. We need to modify those requirements, and start by reducing the age requirement. We must also encourage the creation of mental health resources for those who although have not experienced the deportation of a parent, still face trauma living with a parent who is at risk for deportation.

There is often a tendency to group documented and undocumented as two distinct groups, but the reality is that many are living side-by-side in the same families. To be an ally, others should increase their awareness on this issue and speak up for those who might be silenced as they live in the shadows of the law. Those who have the resources are encouraged to donate to local immigration centers.

Thank you to Dr. Dotson, Mr. Clarke, and Mrs. Simmons for guiding me and mentoring me through this journey. Gracias a mi familia por creer siempre en mí y apoyar mis sueños.