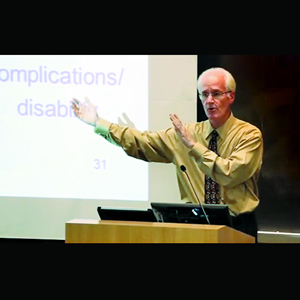 Ken Warner had been saying for years that we needed an undergraduate introduction to public health here at Michigan, to meet growing student interest and to help recruit great Michigan talent into the field. Part of the rapidly expanding interest in public health is that, as Warner puts it, students are seeking “a fulfilling career, and public health speaks to that need in countless ways.”

Indeed, a broad trend in this millennial generation is the desire to be a “helper,” to give back and to contribute to the greater good. “Today’s undergraduate student is well connected to the world and acutely aware of its needs,” said Emily Youatt, clinical assistant professor of health behavior and health education and managing director of the Office of Undergraduate Education. “Many students enroll at Michigan thinking that becoming a doctor is the only way to meet those needs. Learning about public health shows them there are other ways to improve health beyond the field of medicine.”

As dean, Warner was not only able to prioritize this idea but decided to teach the class himself. He became dean in 2005 and taught Public Health 200 in 2009, the first time it was offered on campus. He continued teaching it through the remainder of his tenure as dean, which ended in 2010, and for another five years after, teaching it in 2015 for the last time. 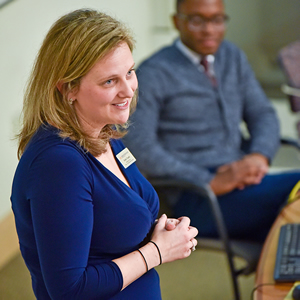 At times, Public Health 200 likely held the honor of being the best-enrolled purely elective course on campus. And it was covered in the UM alumni magazine as a “hot course on campus.” It almost always had a long waiting list. “Since Ken finished teaching the course,” said Youatt, “it has continued to grow in scope and influence. Other undergraduate public health courses open to students from any school and in any major have been added. And now, of course, the School of Public Health offers an undergraduate major. In many ways, these developments were the result of Ken’s vision and his tireless commitment to teaching.”

Warner also knew that while one of public health’s great strengths—its broad engagement of multiple disciplines in order to solve problems—made the field very intriguing to students, it made structuring the syllabus for an overview course rather challenging. He invited guest experts from the school and around campus for nearly half of the lectures each semester, and he created modules around each public health discipline that allowed students to comprehend and appreciate different skill sets even when they were not skills they themselves possessed or wanted to acquire.

The course is now offered in its traditional form and as a “flipped” course, meaning most of the course requirements, including attending lectures, are done digitally using a variety of recorded materials and curated online discussions. “Ken’s understanding of the flexible, evolving nature of public health helped him conceive of a course architecture that could continue to impact students well beyond his own time teaching it,” said Rich Hirth, professor and chair of the Department of Health Management and Policy.

“In reviewing applications for our master’s programs, I am amazed by how many took Public Health 200 as Michigan undergraduates,” said Hirth. “And in their admissions interviews, incoming master’s students routinely tell me they hadn’t considered a career in public health until taking the course. To say that these undergraduate courses have been life-changing for many students would not be hyperbole.” 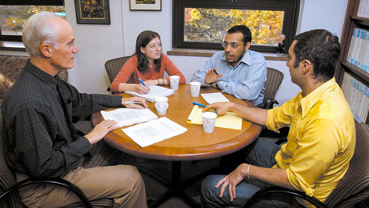 Since retiring from teaching, Warner has continued to do “groundbreaking tobacco-related research and to advocate for policy changes he believes are needed at all levels of government to keep up with a rapidly changing tobacco marketplace,” said Cliff Douglas, adjunct professor in the Department of Health Management and Policy, who serves as a guest speaker in Public Health 200, covering the subject of tobacco as Warner once did.

Douglas directs the university’s Tobacco Research Network, which Warner founded, and serves as the national vice president for tobacco control at the American Cancer Society. “There is a lot of history and background here that bear Ken’s fingerprints. We’ve all benefited from his vision and sweat,” said Douglas. “Ken has been a global leader in the field for decades, and I’m delighted that he has such great stamina, because it would be a tremendous loss if he were to step out of the fray now. Ken’s ongoing research and educational efforts continue to contribute significantly to public dialogue and are helping provoke a critical reexamination of how we combat the tobacco epidemic in the coming years."