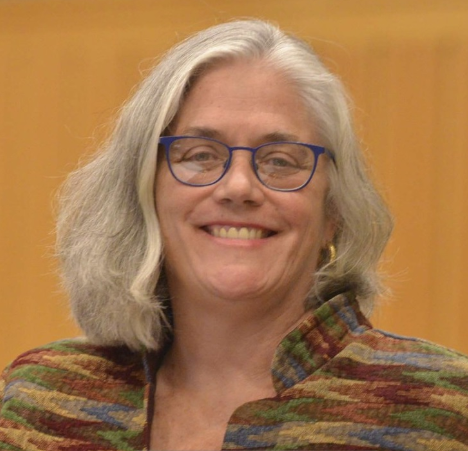 The University of Michigan School of Public Health has recognized Sioban Harlow, professor of epidemiology and of obstetrics and gynecology, with the 2018 Excellence in Research Award. The annual award recognizes outstanding scholarly or creative activity from Michigan Public Health faculty in basic or applied research that helps fulfill the school’s mission.

“We are proud to recognize Dr. Harlow for her incredibly productive career focusing on an often-overlooked but extremely important topic,” said John Meeker, senior associate dean for research.

With over three decades of work and more than 200 publications, Harlow’s research focuses on understanding patterns of menstrual function and gynecologic morbidity across the lifespan.

“The breadth and depth of Sioban’s contributions to public health are staggering,” said Joseph Eisenberg, chair and professor of epidemiology. “Throughout her career, Sioban has been committed to working on important and often neglected topics in women’s and reproductive health as well as in human rights and gender-based violence.”

Early in her career, Harlow published the first study of ethnic differences in menstrual patterns in US women, the most comprehensive study of patterns of and risk factors for dysmenorrhea, and developed a theoretical framework for the epidemiologic investigation of menstruation, which includes assessment of the relationship between menstrual function and a woman's long-term risk of chronic disease.

Harlow currently directs the Michigan site of the 20-year cohort Study of Women's Health Across the Nation (SWAN) and the national SWAN Repository. In addition to describing the natural history of ovarian aging, this cohort study has pioneered the understanding of the interface between ovarian aging, musculoskeletal health and metabolic disease in midlife.

Internationally, Harlow has researched the impact of global trade and export production on women’s and children’s health in Mexico, China, and Ecuador, as well as on the health impacts of gender-based violence, most recently through a Fulbright award in the Democratic Republic of Congo.

“Beyond this work that has brought her international recognition, Sioban has been a thoughtful mentor to our students and junior faculty,” Eisenberg said. “Her tireless pursuit of service to the younger generation of academics has been invaluable and inspirational.”