HERITAGE PROJECT: "THE DIGINITY Of MAN" 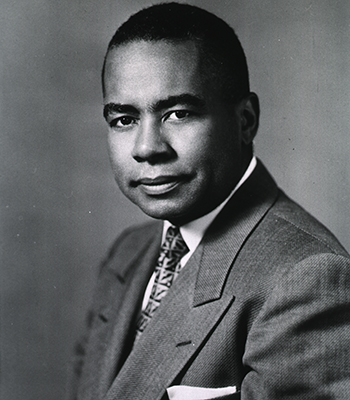 Dr. Paul Cornely (March 9, 1906-Feb. 9, 2002) was a pioneer in the field of public health, fighting for health equity and civil rights in the United States. After earning a Bachelor of Arts in 1928 and a Doctor of Medicine in 1931 from the University of Michigan, Cornely was the first Black person in the US to earn a PhD in Public Health, also from Michigan, in 1934.
He dedicated much of his life's work to desegregating medicine and education.

In the 1950s and early 1960s, he spearheaded the Imhotep National Conference, encouraging the desegregation of hospitals in the US. Cornely’s involvement in the movement helped lead the way to the landmark US Supreme Court case Simkins v. Moses H. Cone Memorial Hospital in 1964, forcing integration of the nation’s hospitals.

His work also was significant in the civil rights movement in the 1960s. In 1963, Cornely served as medical coordinator during the March on Washington for Jobs and Freedom. He also organized the Black Caucus of Health Workers that has supported Black public health workers since its inception in 1968.

In 1934, the same year he married Mae Stewart, Cornely began a 40-year career at Howard University in Washington, DC. At Howard, he served as Director of Health Service from 1937 to 1947 and also served as head of Howard’s Department of Bacteriology, Preventive Medicine, and Public Health from 1943 to 1947. He continued to teach at Howard until 1973. 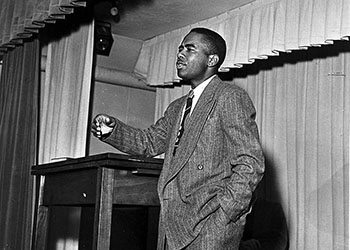 Other notable achievements by Cornely include being the first Black person to be elected President of the American Public Health Association; the founding President of the District of Columbia Public Health Association; appointed to the Rockefeller Commission on Population Growth and the American Future; and awarded an honorary doctorate from the University of Michigan.

Cornely, who was born in Pointe-a-Pitre, Guadeloupe, moved to Detroit with his family in 1920 and later became a naturalized US citizen. He died in Ann Arbor in 2002. In 1998, the University of Michigan School of Public Health's Center for Research on Ethnicity, Culture and Health established the Paul B. Cornely Postdoctoral Program for Minority Scholars. On April 8, 2022, the Paul B. Cornely Community Room in the Henry Frieze Vaughan Public Health Building will be dedicated in his honor. The dedication was initiated by a group of students, and has been supported by the generosity of numerous donors.

The Community Room (1680) sits at the heart of the School of Public Health on the first floor of SPH 1. Located just off the main lobby, the Community Room serves as a primary gathering space for school events, as well as a flexible space for classes and studying. The room soars two stories high, and a wall of windows on the north side invites in natural light during all seasons. The Community Room connects to a large auditorium and to the Courtyard of SPH 1, an outdoor gathering space. Since the Community Room's addition in the mid-2000s following a major renovation at the School of Public Health, the room has been home to numerous memorable occasions and celebrations.