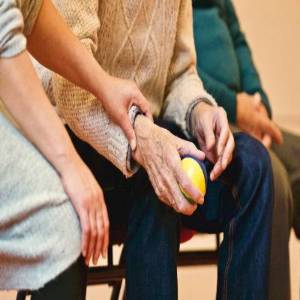 The world's population is ageing. In 2012, there were 43 million Americans aged 65 and over. By 2030, that number will be 72 million. Improvements in health care in the past century have contributed to people living longer and healthier lives. However, this has also resulted in an increase in the number of people living with chronic diseases and functional limitations common in later life, including cardiovascular disease, stroke, diabetes, frailty, and dementia. While these are health conditions that are more prevalent in later life, they are strongly influenced by - and perhaps have their origins in - experiences and exposures earlier in the lifecourse.

Addressing these challenges requires consideration of the complex interactions between individuals and the diverse physical, social, and cultural contexts in which they are situated over the life course. CSEPH faculty are working to understand how the social and physical environment, experienced cumulatively over adulthood, can support healthy aging and slow the rates of cognitive decline with age. Disparities exist in the onset and burden of chronic conditions over the life course, and CSEPH faculty are conducting research that moves beyond describing these inequalities to characterizing the processes that drive them and identifying points for intervention to address them. Work in this area centers on issues of cognitive impairment and decline, addressing mental health and functioning after stroke, and aging with a disability. CSEPH researchers are addressing questions such as: How are transitions in later life (e.g., work transitions such as retirement; residential transitions such as moving into an assisted living facility) related to suicide risk among older adults? What factors contribute to recovery - mental, physical, and functional - after stroke for older adults? How do contextual factors (e.g., neighborhood characteristics, social networks) influence whether someone can "age in place"? What are the types of data and measures needed to address the needs of the increasingly diverse aging US population?