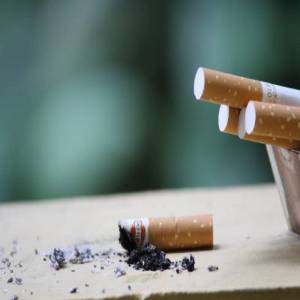 Globally, tobacco use is concentrated among the most vulnerable members of society.

In the US, smoking is the leading cause of preventable disease. Although smoking rates have been declining in the US since the mid-1960s, tobacco use has been increasing globally, and now causes 1 in 10 deaths worldwide. The burden of tobacco use is increasingly concentrated among the more vulnerable members of our global society. People of lower education and income smoke at higher rates than their more affluent counterparts in the US. In addition, approximately 80% of the world's 1.1 billion smokers live in low- and middle-income countries. Disparities in smoking lead to disparities in downstream morbidity and mortality.

Effective implementation of tobacco control policies helps decrease smoking in the US and around the world. For example, established policies such as taxation, smoke-free policies, pictorial health warning labels, and media campaigns have all been shown to decrease smoking initiation and increase cessation. However, it is often unclear the extent to which these policies may affect people within a population differently. Moreover, tobacco companies actively target poor and minority communities in the US, and people living in low- and middle-income countries, attempting to maintain and expand their markets among the world's most vulnerable populations. Much work remains to eliminate the vast global disparities in tobacco use, which play a key role in global health inequities.

CSEPH faculty are leading several research projects aimed at understanding the role of tobacco control policies on smoking disparities and downstream health equity. These research activities address a range of questions including: Are taxation policies really "pro-equity," causing those of lower socioeconomic status to avoid smoking initiation, or increase smoking cessation? How will the implementation of new policies, such as Tobacco 21 or flavoring restrictions, affect health equity? What is the role of newer products, such as e-cigarettes, on tobacco-related health disparities?