Ahead of the Curve

A Speaker Series from the University of Michigan School of Public Health.

In our dynamic world, the pursuit of health equity is both valiant and never complete. Generations of public health leaders have devoted themselves to the ultimate goal of a healthier, more equitable world for all. Bringing contemporary leaders to share their insights, vision, and perseverance is the principle of Ahead of the Curve, a speaker series from the University of Michigan School of Public Health. The series launched in the fall of 2020 with a focus on personal storytelling from dynamic leaders during a pandemic and beyond.

All events are free and open to the public.

This is a virtual event co-sponsored by the Ford School of Public Policy. 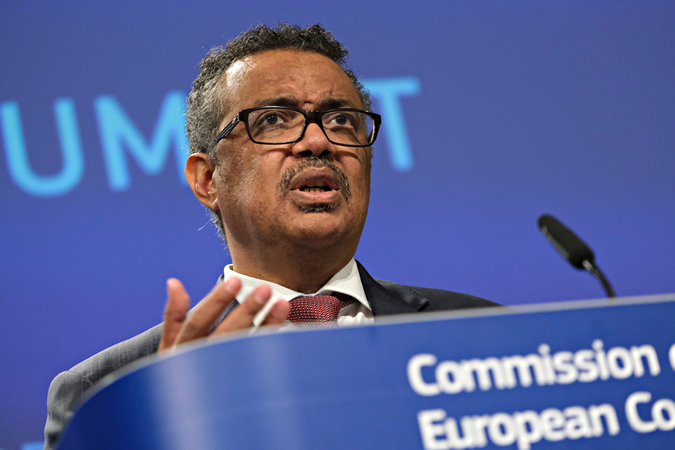 Dr. Tedros Adhanom Ghebreyesus was elected WHO Director-General for a five-year term by WHO Member States at the Seventieth World Health Assembly in May 2017. In doing so, he was the first WHO Director-General elected from among multiple candidates by the World Health Assembly, and was the first person from the WHO African Region to head the world’s leading public health agency.

Following his studies, Dr. Tedros returned to Ethiopia to support the delivery of health services, first working as a field-level malariologist, before heading a regional health service and later serving in Ethiopia’s federal government for over a decade as Minister of Health and Minister of Foreign Affairs.

As Minister of Health from 2005 to 2012, he led a comprehensive reform of the country’s health system. Under his leadership, Ethiopia expanded its health infrastructure, developed innovative health financing mechanisms, and expanded its health workforce. A major component of reforms he drove was the creation of a primary health care extension program that deployed 40,000 female health workers throughout the country. A significant result was an approximate 60% reduction in child and maternal mortality compared to 2000 levels.

As Minister of Foreign Affairs from 2012 to 2016, he elevated health as a political issue nationally, regionally and globally. In this role, he led efforts to negotiate the Addis Ababa Action Agenda, in which 193 countries committed to the financing necessary to achieve the Sustainable Development Goals.

Registrants will be sent a virtual meeting invitation.

Please check back for announcements on future editions of Ahead of the Curve.