[The] whole idea of public health being driven by all the experts was in fact the opposite of what should be done. Bring in the people who had the problem and make them part of the solution.
– Dr. Tom Bruce

The Tom Bruce Award was established in 2006 by the Community-Based Public Health (CBPH) Caucus of the American Public Health Association (APHA). The award celebrates the work and the legacy of Dr. Bruce to CBPH.

Thomas Allen Bruce, M.D., is a physician, educator, and philanthropist who lives in Little Rock, Arkansas. His professional career extends from Wayne State University in Detroit as a professor of medicine to the University of Arkansas as head of Cardiology, inaugural dean of the College of Medicine and the Clinton School of Public Policy.

From 1985 to 1997 he served as a program director at the W.K. Kellogg Foundation, planning new initiatives, reviewing proposals, and monitoring projects in health, leadership, and rural development. He provided direction for the national Community-Based Public Health Initiative beginning in 1990. Many in the CBPH Movement have called Dr. Bruce the “Father of CBPH.”

Dr. Bruce has received numerous tributes,including the Governor’s Certificate of Merit for Outstanding Citizenship (Arkansas) and Special Appreciation (Kaohsiung Medical College, Republic of China). In 1995, he was awarded an Honorary Doctor of Science degree by the University of Arkansas for Medical Sciences.

Since retirement in 1997, he has helped the Heifer Project International expand their programming; assisted the Arkansas Community Foundation in expanding philanthropy throughout the state by developing a set of new local community foundations; coordinated the building of a new botanical garden/arboretum; and assisted two community development corporations in expanding their human services.

In 2001 he left retirement to assume the position as Dean pro tem of a new College of Public Health at the University of Arkansas. In 2004, Dr. Bruce became a Professor and the Associate Dean of the University of Arkansas Clinton School of Public Service. Since retiring from the Associate Dean position in December 2007, he has been selected to serve on the Governor's Roundtable on Health Care. 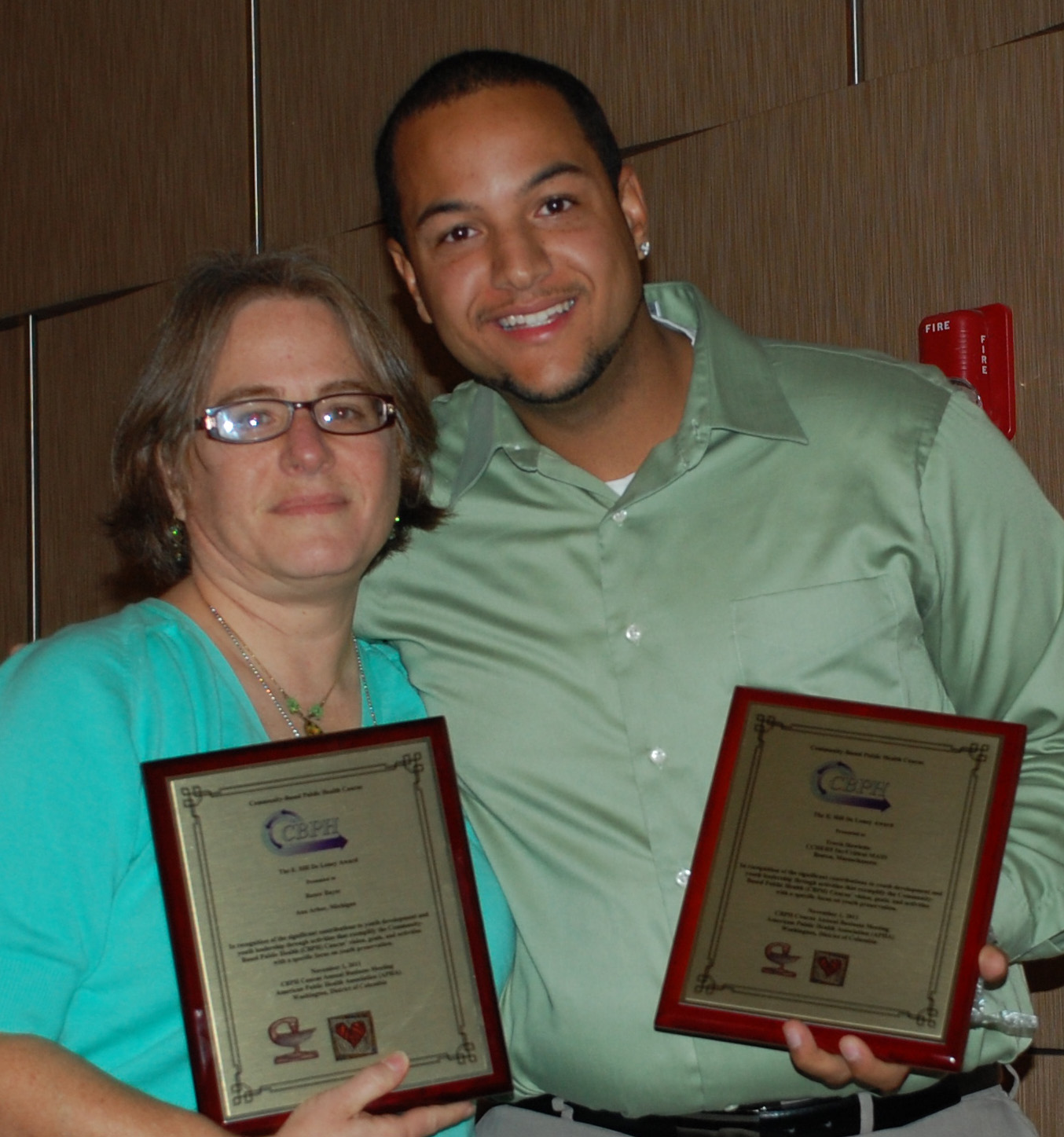 The E. Hill De Loney Award is presented annually to an individual who exemplifies community leadership in Community–Based Public Health (CBPH) with a focus on youth development and preservation. The Award was established in 2008 by the CBPH Caucus of the American Public Health Association (APHA). The award celebrates Mrs. De Loney’s contributions to the development of youth leadership in CBPH.

A tireless champion for our communities who pushes far beyond the average call of duty by instilling a sense of self and community as a starting point for a healthy existence, Mrs. De Loney is a highly esteemed matriarch of Community Based Participatory Research (CBPR) and its impact on communities across the country. She has devoted her life to the betterment of the children and their families. Her philosophy is “there is no distinction between my destiny and that of another African American.” Mrs. De Loney serves as the Director of the Flint Odyssey House, Inc., Health Awareness Center. She holds Masters Degrees in Guidance Counseling and Psychology. She uses that training to tailor her interest and activities using CBPR principles in adolescent health, father and sons’ relationships, infant mortality, and youth violence prevention. She is committed to growing and strengthening the communities’ ability to work effectively at creating and preserving a healthier environment.

Mrs. De Loney’s work utilizing CBPR contributed to the development of the Broome Team, the Community Based Organization Partners (CBOP), the Prevention Research Center (PRC) of Michigan, and ultimately the CBPH Caucus and the National Community–Based Organization Network (NCBON).