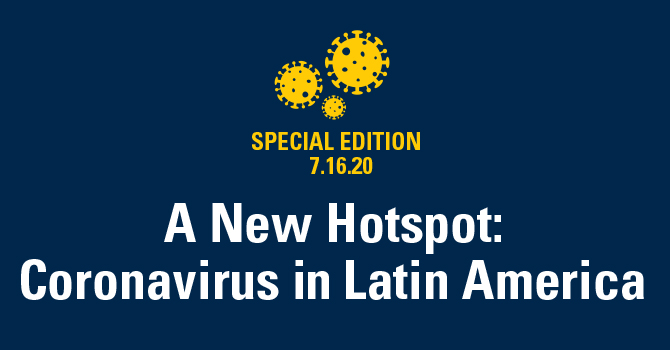 In Latin America, the battle against COVID-19 is raging. At the time this podcast was recorded, the region has reported over 3.2 million cases of the disease and over 140,000 deaths, making it one of the biggest hotspots in the world.

To find out more about the coronavirus pandemic in Latin America, we spoke to Joe Eisenberg, a professor and the chair of Epidemiology at the University of Michigan School of Public Health and an expert on infectious disease research in the region. He provides insight on current figures and how various national responses have shaped the status of the pandemic in Latin American countries.

Listen to "A New Hotspot: Coronavirus in Latin America 7.16.20" on Spreaker.

Eisenberg: The number of people that are in extreme poverty within Latin America has skyrocketed since COVID-19 entered into Latin America. Latin America traditionally has had huge disparities in the haves and have nots. The difference between the wealthy and the poor is much more extreme than in the US. So you have the Favelas, which are urban slums throughout Brazil, the water and sanitation are either minimal or non-existent and their access to healthcare is pretty minimal. It's a very dense population so social distancing is impossible in that kind of setting. And so, that's the problem in a place like Brazil, probably similar but less extreme in Mexico. But that story of the wide range between those that are economically well off and those that are not, the rich and the poor, is much more extreme in Latin America than it is in the US.

Speaker 1: In Latin America, the battle against COVID-19 is raging. As of this recording in mid-July, there are more than 3.2 million cases of the virus and over 140,000 deaths. These mounting figures make the region one of the world's hotspots for coronavirus. Brazil accounts for nearly 1.9 million cases alone, and recently Brazilian president, Jair Bolsonaro, announced that he tested positive for COVID-19.

Eisenberg: Coronavirus is pretty much entrenched in all Latin America right now. At present, the countries that are most heavily hit are Brazil, Mexico, Peru. Early on, Ecuador was hit very hard in one city, Guayaquil, where the mortality rate just skyrocketed and that was actually one of the first occurrences of COVID in America. Brazil is now a ranking second to the US and total cases in the world, so it's really taken on a life of its own within Brazil. Right now, Brazil and Mexico are examples of countries that are, much like the federal response in the US, are trying to downplay COVID-19 problems.

For instance, Mexico’s minimizing importance of doing testing and contact tracing. There's claims that they are not fully reporting the cases and deaths that are happening in Brazil. Also the current president, Bolsonaro, has been consistently minimizing the issues associated with coronavirus and has been resistant to making any changes and making any kind of hard decisions with respect to trying to control the spread. That's the big problem in Brazil and Mexico.

Peru is an example that they seem like they are doing the right thing. They did in a very timely manner lock down, but their cases also sky-rocketed. So it's not really clear what happened in Peru, but I think the mortality rates in Peru are less than in Mexico and Brazil.

I think the big issue is a health disparities issue, much like what we see in the US, but much more amplified because the resource constraints are huge in Latin America. So for instance, in Ecuador recently, there's been huge posterity measures that have been in place before COVID-19, and so the economy and resources for healthcare was already marginalized. And when COVID-19 came, they were not prepared for the onslaught of mortality. So the morgues were overflowing and bodies were just lying on the streets - they just didn't know what to do with it. And like in the US, hospitals were overwhelmed with cases. Ecuador is a small country. Guayaquil which was the biggest city, was the hotspot in the world early on, and it's a port city. It had connections with Asia. It's not clear exactly why Guayaquil was hit early and hard compared to other cities in Latin America, but it was. And it was somewhat contained within Guayaquil and within Ecuador for a while.

Right now, Quito, which is a capital, second largest city in Ecuador, is getting hit very hard. It's in the Andes, so it’s a completely different climate, Guayaquil’s on the coast. There's been a huge national response, unlike here, so the whole country shut down at some point. People could not travel from one place to another within Ecuador, even on the roads. There was the mobility restrictions, which did clamp down on the transmission. It also had that huge repercussion of people going hungry and people not being able to get the food that they needed. And so many people are on what we call gig economy, their jobs that they do to make money, they need that money in order to put food on the table, and without working they have just no resources and no savings which to weather out social distancing and lock down that we're seeing in the US.

Speaker 1: Eisenberg and his colleagues have been conducting research in Ecuador for many years, their work there has changed drastically since the pandemic began.

Eisenberg: So we've been working in the Province of Esmeraldas in Ecuador, which is a northern coastal province, for the past 20 years, studying the impact of disease and disease transmission in that area. Since Ecuador issued the mobility constraints we’ve had to pretty much stop our studies. We've been able to connect any of the communities, any of the households that have phone access, we've been able to continue some of our surveillance work, but a lot of our communities are more remote and there's no cellphone access. So what we've done is we've shifted a lot of the activities of our field workers that we’re still paying to do various activities. One started a micro industry in making masks and distributing out masks. Another was we got some funding from a separate NGO to deliver food because again, food security is a huge issue right now and people are going hungry and Esmeraldas, the province we're in, is one of the poorer provinces, and our area is probably the one that's most neglected. So any kind of government help in food is missing a lot of these communities, so we received support from a foundation to deliver food. So a lot of our workers are basically trying to organize that food delivery into the different communities.

In general, throughout Latin America, the resources are relatively limited compared to the US. Any kind of situation like a coronavirus pandemic, where the main intervention to prevent the spread of coronavirus is to do this lock down and to do this social distancing, and that has huge economic implications as we see in the US, but those economic implications are just amplified throughout Latin America. These countries have a tough problem because they have on the one hand, they need to control coronavirus outbreaks and be concerned about the health effects of coronavirus, but any of the controls have these dire consequences with respect to the economy, and that has dire consequences to people being able to eat and have sufficient food. And so it is just this much more complicated question in Latin America than it is in the US. And the US has, again, the same issues, but it's just amplified in Latin American.

Normally, I'm an optimist in this kind of situation and usually tend to be an optimist about the US weathering it out, I'm less so about Latin America and any resource-poor country. They will suffer the brunt of the burdens globally in this pandemic as they have in other pandemics.

Joe Eisenberg studies infectious disease epidemiology with a focus on waterborne and vectorborne diseases. His broad research interests, global and domestic, integrate theoretical work in developing disease transmission models and empirical work in designing and conducting epidemiology studies. He is especially interested in the environmental determinants of infectious diseases. His research projects in Ecuador explore how changes in the social and natural environments, mediated by road construction, affect the epidemiology of pathogens. Learn more. 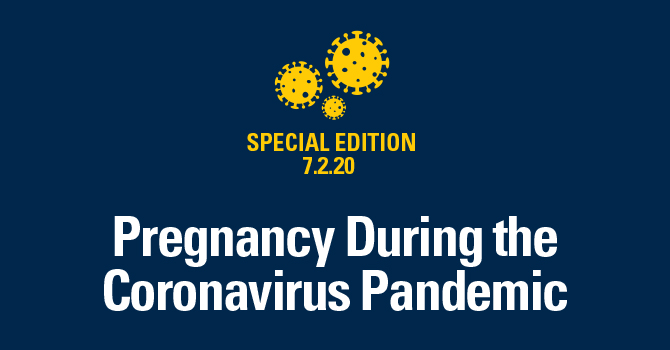 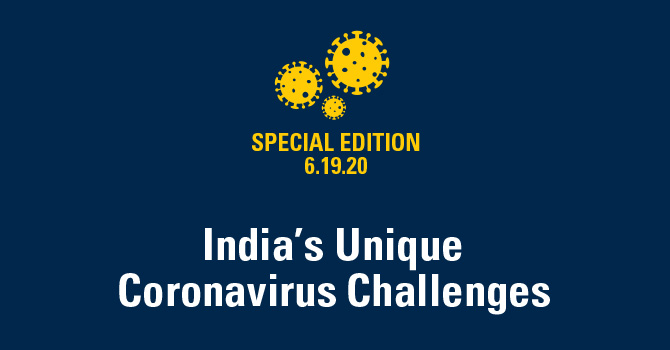 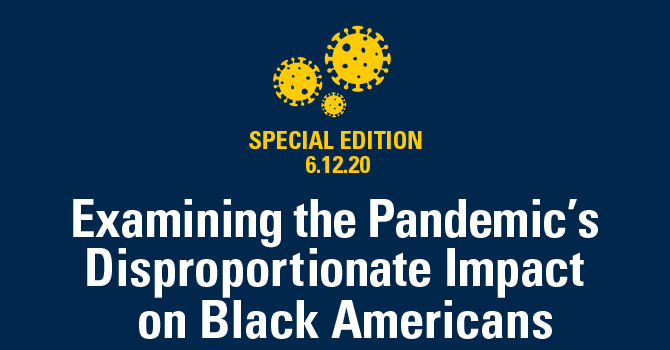 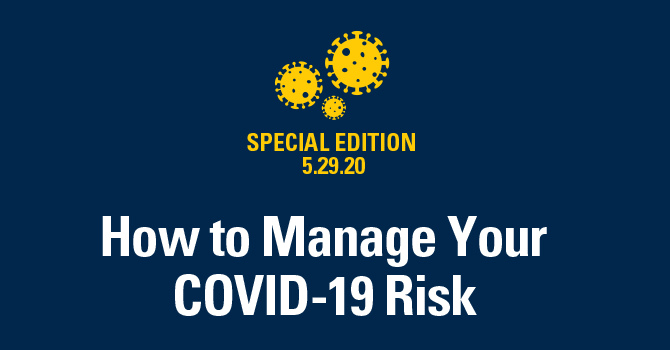 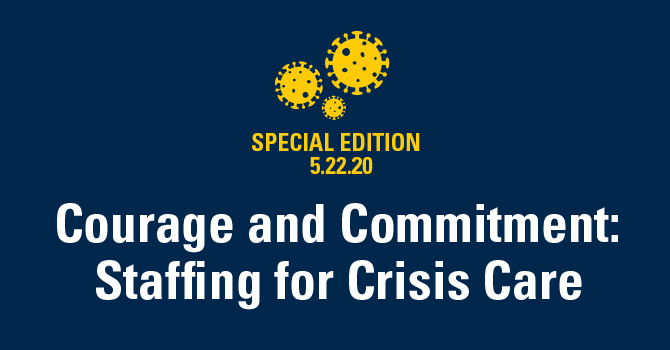 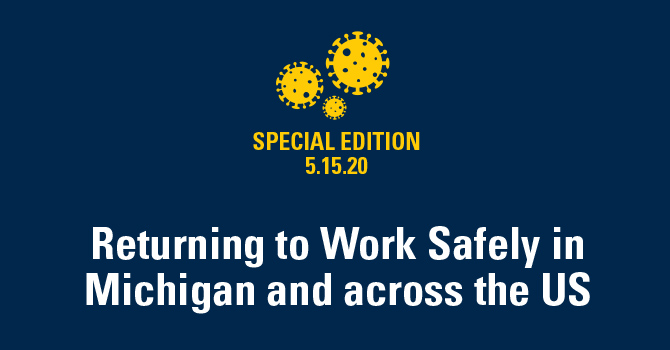