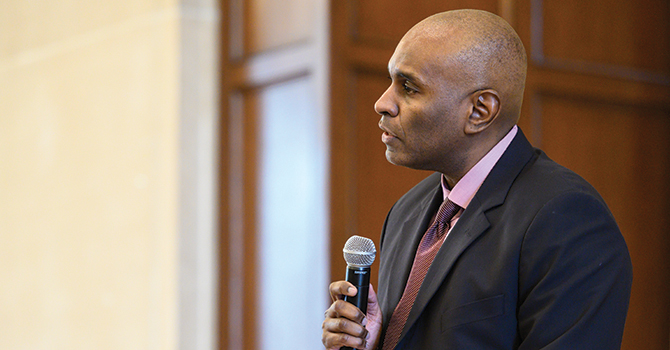 Associate Professor of Human Development and Nurse Science, College of Nursing, University of Illinois at Chicago 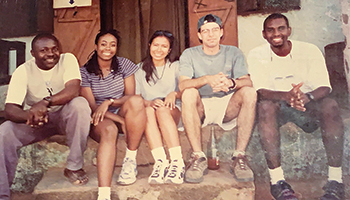 Public health does its best work when it remembers the vitality of communities and the importance of understanding and translating culture.

My research lies at the unusual intersection of trauma, HIV/AIDS, and substance use. My introduction to this intersection emerged when I was a Peace Corps volunteer in South Africa. My assignment began just after the fall of apartheid. As the country’s economy and social energy were opening up to the rest of the world, HIV was spreading rapidly. Wherever I went, I saw the effects of the disease. Every weekend meant another funeral for a young person who had died.

In South Africa, funerals are a community event. There is a cultural expectation that you make time for this event, even if you did not know the individual personally. When I would ask how someone died, the recurrent narrative was: “they just woke up one day and were sick and then didn’t make it.” Eventually, I realized “just getting sick” was code language for HIV. Eventually, in some contexts, some of the stigmas changed, and people were able to say “this person had HIV/AIDS.” But we still had a lot of work to do. 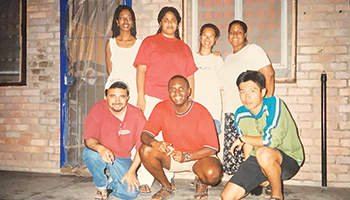 At the time, most HIV/AIDS education and prevention work was geared toward women and children. As a volunteer working with community members, the exclusion of men struck me as problematic. Sure enough, men—particularly young adult men—would ask why they weren’t being engaged to the same degree as the women and children.

In South Africa, the formation of family embodies much cultural, social, and economic significance. Family decisions are made collectively between husband, wife, and extended family members. Focusing only on women and children to promote HIV/AIDS prevention and intervention, and ignoring the role of men in this process, was disruptive to South African norms. In particular, if a married woman was educated to protect herself by demanding the use of condoms, her husband would become suspicious. The outcome of this imbalanced health promotion was a power imbalance within family structures that incited violence. I believe domestic violence risk increased exponentially as a result of these public health practices that were not culturally grounded. These emerging revelations haunted the early years of my public health career. 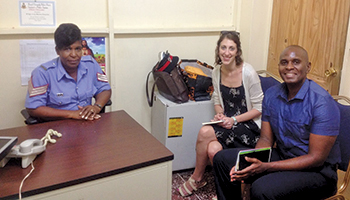 When I returned to the US and began my doctoral program, I had the opportunity to go to the Caribbean. My dissertation research intentions were to look at reproductive health practices and services among Caribbean men. Once I got there, I realized domestic violence was a public health concern that needed to be addressed. The United Nations Entity for Gender Equality and the Empowerment of Women (UN Women) recently developed a culturally adapted domestic violence program, Partnership for Peace, for the Eastern Caribbean, and I was invited to join as an evaluator.

My connection to the Caribbean is personal. My parents are from Grenada and migrated to the US in the 1960s. My initial reaction to the UN Women’s invitation was that it would take me too far away from my intended research interests. But after reflection and getting to understand the intervention, I saw how reproductive health matters intersected with the program. My familiarity with Caribbean culture would help open doors to important relationships. It was also an opportunity to get back to the public health issue of domestic violence that I saw in South Africa.

Men were in the Partnership for Peace Program because they were accused of domestic violence. But when we looked closely at why this was so pervasive, social determinants of violence—poverty, education level, unemployment, and adverse childhood experiences—were clearly central to the fundamental causes. In many cases, domestic violence was not a moral shortcoming of individual men but a symptom of system failures.

Furthermore, we could see that children exposed to parental violence were at risk. In many cases, they too would adopt violent tendencies as a way of dealing with conflict. Beyond holding Caribbean men accountable for their actions, the Partnership for Peace intervention had far reaching effects. It revealed the need for conflict resolution training in school curriculums focused on teaching negotiation and other alternatives to violence in solving disputes.

Trauma is an undercurrent to all of this domestic violence research. For children who witness domestic violence, trauma has lasting effects. Exposure to trauma increases an individual’s risk of engaging in risky behaviors and shortens life expectancy. It can even keep you on the edges of your social circles—impacting your ability to access care and go about daily life in safe ways.

During my time in the Caribbean, I also worked with the LGBTQ community, which is primarily underground due to archaic laws that persecute LGBTQ individuals. For this reason, gay men and women are constantly navigating their identities between cultural expectations of getting married and having children but also undergoing clandestine practices to stay connected to other LGBTQ individuals. Such realities create a burden and incite more risk for LGBTQ individuals.

The community is the driving force behind my global public health activities. We cannot always see the impact right away, but the engagement and advocacy on behalf of marginalized, vulnerable, and invisible people are critical for me.

Today, I work a lot in Chicago, where we are discovering a surprisingly similar situation for racial/ethnic sexual-gender-minority community members. Chicago is known as an LGBTQ-friendly city, but our analysis of the intersectional realities of racial/ethnic sexual-gender-minority young adults—particularly Black/African-American and Latinx—showed that they too face unique challenges.

Our findings in the federally funded University of Illinois Chicago Integrated PASEO study were that these young adults did not always feel welcomed in many of Chicago’s well-known LGBTQ-friendly establishments. Boystown on the North Side of Chicago, for example, is quite affluent and still relatively white. If they can’t afford to live in Boystown or are unable to navigate the overt and subvert discriminatory practices, racial/ethnic sexual-gender-minority young adults created other spaces or lived independently without a sense of community.

When you can’t integrate into those resource-filled, gay-friendly spaces or access their services, young adults are prone to increased risk of exposure—substance use, domestic violence, mental health concerns, and risky sexual behaviors, including transactional sex.

Most of my LGBTQ research activities are on Chicago’s South Side and West Side, home to many racially, ethnically, and economically diverse neighborhoods. Before the PASEO study, if racial/ethnic sexual-gender-minority young adults from these neighborhoods needed access to LGBTQ-affirming health care services, they would have to travel for an hour or more to get to those resources on Chicago’s North Side. Once they got there, health care services and resources would not reflect their lived experiences. As a result, many would opt out of seeking health care. 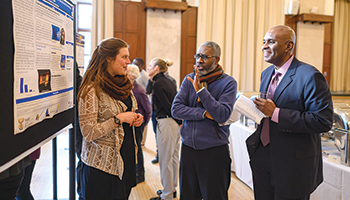 The PASEO project was federally funded by the Center for Substance Abuse Prevention. The goal was to develop and implement prevention services with a community-based organization—Chicago’s Puerto Rican Cultural Center—for minority young adults on the UIC campus and in neighborhoods near campus. Our services on- and off-campus included undisclosed testing sites for privacy. We made clinical care referrals and implemented evidence-based interventions focused on self-improvement, identifying positive attributes, and empowering young adults with education so they could make healthy decisions.

The Power of Community

I used the word “underground” earlier to describe how LGBTQ people in the Caribbean have to live. But many of them are quite visible in their communities. LGBTQ individuals navigate their identities to access health care resources that respect their privacy and confidentiality. My work in the Caribbean has been to ensure that educational resources are available to everyone and that health care services and community organizations can maintain capacity to deliver such important services.

I see tremendous value in training future public health professionals with a deep appreciation of community engagement and a deep understanding of the communities they serve.

The community is the driving force behind my global public health activities. We cannot always see the impact right away, but the engagement and advocacy on behalf of marginalized, vulnerable, and invisible people are critical for me. Part of the impact, as someone working primarily in academia, is to integrate my experiences into the classroom to illustrate the value of public health practice for the next generation of public health practitioners. Sharing stories makes a huge difference in how our students understand public health values.

This includes taking the time to facilitate opportunities for students to engage in new communities and to have intercultural experiences. This is how I learned to do public health, and I see tremendous value in training future public health professionals with a deep appreciation of community engagement and a deep understanding of the communities they serve. 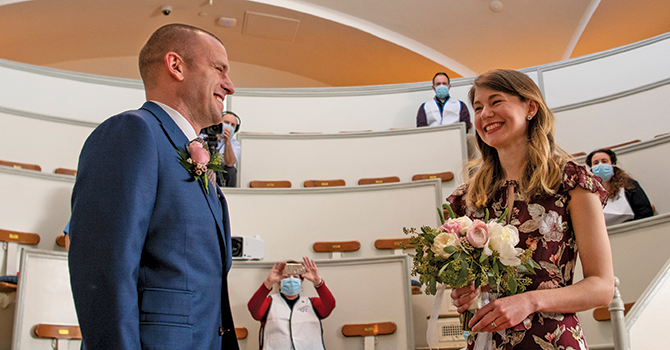 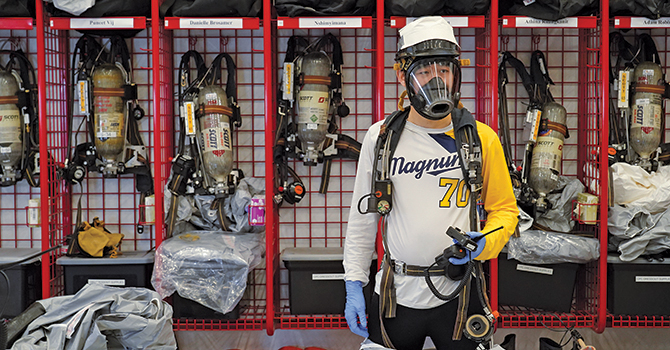 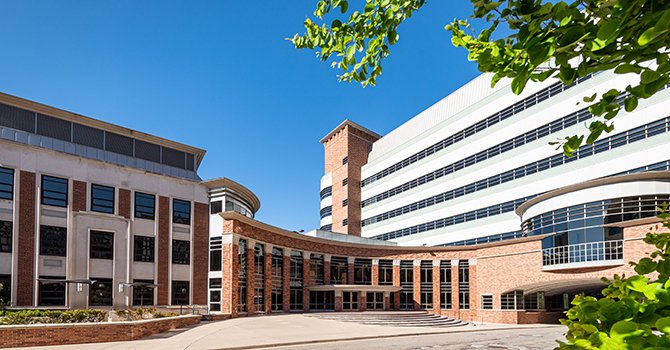 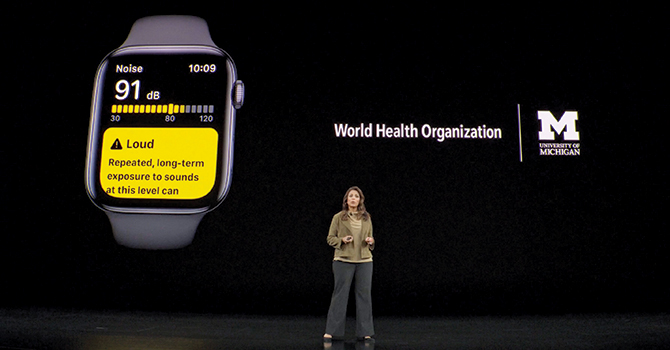