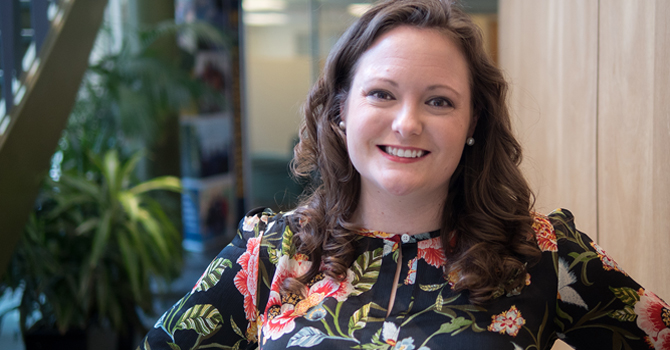 
From a young age, Elizabeth Mosley felt destined for a career in medicine. The daughter of a medical laboratory scientist, Mosley had always been around health care professionals and saw herself pursuing a similar path. A close relative's premature death from breast cancer got Mosley thinking hard about the social determinants of health, women's health, and equal access to care—all of which inspired her to look into public health as a profession.

After completing an MPH at the University of North Carolina, Mosley worked in Uganda as a Global Health Corps fellow. She knew field experience would give her much-needed global health context and experience while helping her discern between a career in midwifery and one as a public health researcher.

Thankfully, we were able to improvise a solution for this child. But the facility didn't have water, much less a neonatal resuscitation kit. And having all the midwives and OBGYNs in the world wouldn't have changed that.

An almost-fatal situation with a newborn helped Mosley with her decision. She was in a rural clinic with a young woman in labor having a very difficult time delivering. They had no operating equipment—so no Caesarean option—and no ambulance to transport the woman to a more advanced care center. The child was born not breathing, and it took the care team nearly fifteen minutes to clear the baby's blocked breathing passageways using an empty syringe with the needle pulled off. "We needed just the simplest of implements, a bulb syringe like you use to clean babies' nostrils—something so common here we take it for granted."

It was an epiphany for Mosley that got her thinking about supply chain management, integrated service processes, and strengthening health systems: "Thankfully, we were able to improvise a solution for this child. But the facility didn't have water, much less a neonatal resuscitation kit. And having all the midwives and OBGYNs in the world wouldn't have changed that."

Global Health Corps pairs international fellows with native in-country fellows, and Mosley became close to her local Ugandan partner—"like sisters, including fighting like sisters at times," she says. But their closeness also gave Mosley a unique view of her partner's cultural proficiency and how that improved her care skills. "It helped me realize what an incredible impact I could have in the US," Mosley recounts.

That year in Uganda was "the most challenging and the most fulfilling year of my life," Mosley says. "And as much as it got me interested in global health issues, it reaffirmed my desire also to be deeply engaged here in the States with public health issues."

Mosley decided to pursue public health research, returned to the US, and began a doctoral program in Health Behavior and Health Education here at the School of Public Health. She chose Michigan because of its partnership with the Population Studies Center. "For someone going into reproductive health, the chance to get in-depth demography training is a big draw," she says.

Mosley successfully defended her dissertation—Abortion Attitudes in South Africa and the United States: Implications for Abortion Stigma and Health Equity—earlier in January and this summer will begin a position at Emory University in Atlanta as a post-doctoral research fellow with the Center for Reproductive Health Research in the Southeast (RISE).

This past November, a friend and fellow Michigan Public Health graduate texted me to ask if I still volunteer as a doula, as a birth assistant. I quickly replied yes. I'm always excited for the chance to support women during such a powerful experience. My friend explained that he had met a young woman who was very pregnant and expecting to deliver soon. But her husband, an undocumented immigrant, had been arrested. He would likely be deported, and she had no one to take her to the hospital.

Over the coming weeks, I got to know this woman and her two young children. In fact, many of y'all generously donated money and diapers and clothing to get them through. She delivered a beautiful, healthy baby boy the day before Thanksgiving, crying tears of joy but also of loss.

We are living in a tumultuous time, and as public health professionals we are on the front lines. Our school charges us to disseminate evidence-based knowledge, to address health inequity by focusing on vulnerable populations, to serve as a diverse and inclusive community dedicated to solving the world's current and future public health problems.

Whether we are studying the effects of anti-immigration policies on birth outcomes, improving water systems globally, or attempting to reduce violence against LGBTQ youth—we cannot do our jobs without consideration of power on the one hand and oppression on the other. As public health professionals, we know that the burden of disease falls along axes of social inequality—race/ethnicity, gender, economic background, sexuality, nationality.

We have our work cut out for us, and that work is inherently political. Of course, the political is also deeply personal.

I, for one, am studying unsafe abortion. And I must avoid saying the word "fetus" on my federal funding applications, while also navigating the abortion stigma deeply entrenched in my own family. Being from the deep South, I've kept my dissertation topic a secret from some of my own relatives—until this very moment.

Much of my work focuses on racial health inequities, but I am also a white woman who must work daily to uproot the white supremacy lodged in my own heart and mind. And yes, I volunteer as a birth doula for immigrant families, but I'm also an American citizen whose entitlement is used to justify violence against my own clients.

It's much easier to criticize structures and policies and powerful leaders than it is to examine and acknowledge our own complicity in systems of oppression. That inner work can be the most difficult and painful.

This is why a school dedicated to equity, diversity, and inclusion still struggles at times with issues of inequity, homogeneity, and exclusion. It's no coincidence that the same conflicts we see on the national stage are playing out in our own community. And fixing that requires a willingness to see the political as personal, to be brave enough to acknowledge the wounds we cause and the wounds we sustain.

Yes, we are living in a tumultuous time, but it is also a time of great possibility. The intense pressures we now face are transforming us into something greater. We are speaking our truths and listening to once-marginalized voices. We are organizing in our living rooms and marching in our streets. We are skeptical of our institutions and determined to re-mold them in an image of justice.

As we close this particular chapter of our lives and venture down new paths, I am so eager to see the ripple effects each of us will have on this world. I know that together we will discover innovative, science-based solutions for challenging and important health issues.

But in this historical moment, I hope we also remember to keep the public in public health. I hope we see public health as inherently political and the political as deeply personal. I hope we contribute equal energy to dismantling social inequalities both outside and within us.

We are works in progress, but we are ready for the challenge. 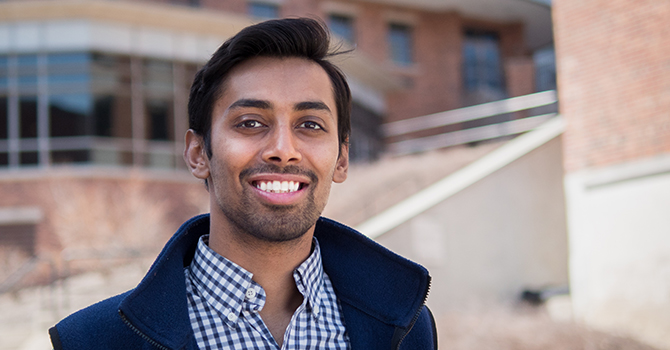 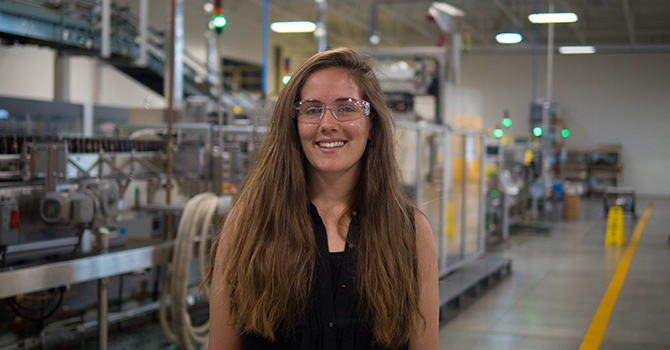 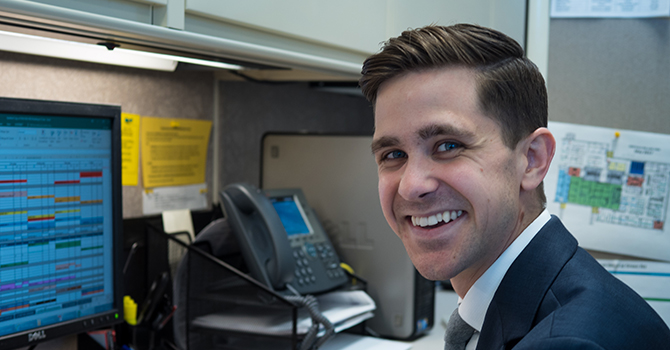 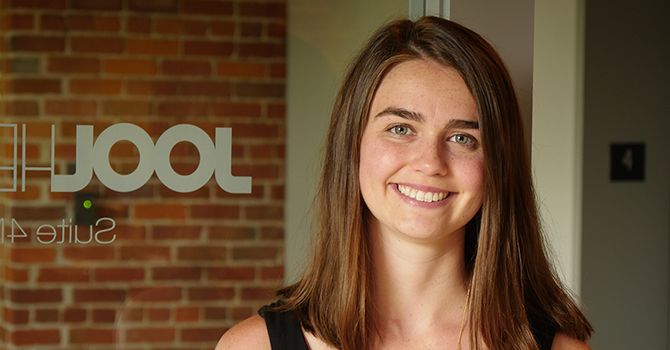 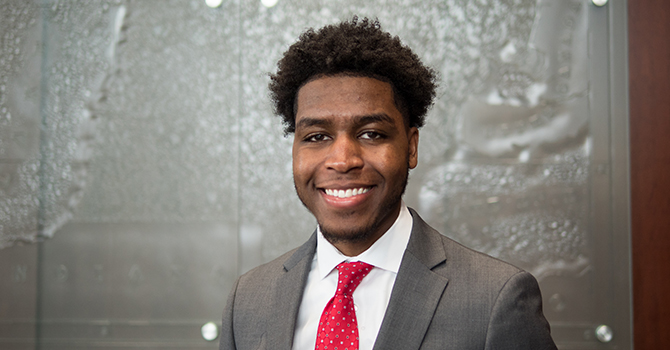 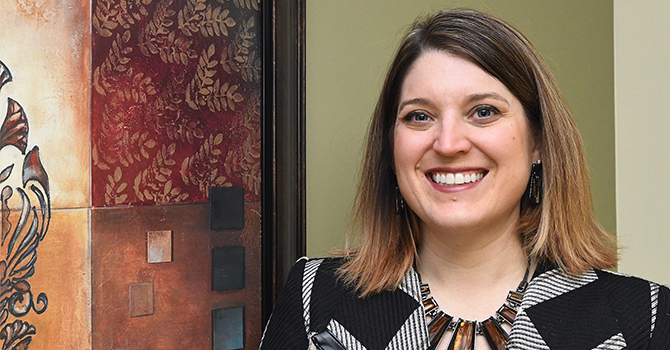