Putting a Passion for Public Health into Service in Central America 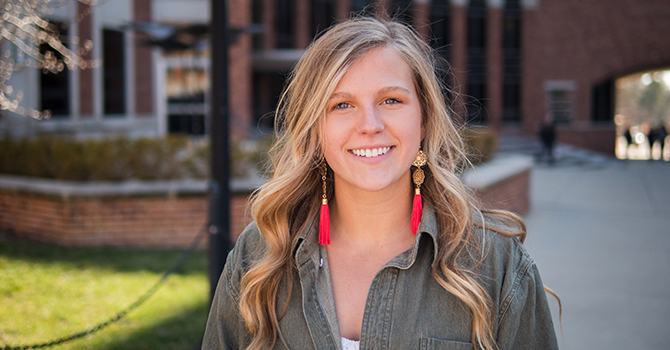 
My passion for social justice came from my parents. My dad is a family lawyer and my mom was a social worker before becoming the principal of an alternative education high school and subsequently the assistant principal of my former high school. They both have a passion for working with families and being a part of the community. They love giving back, and that's what they showed me growing up. In particular, the Shiawassee River Clean-Up in Owosso, Michigan, was important to us. We painted over graffiti and picked up trash every year.

In general, a lot of my age group has this desire to not only have a 9 to 5 job but also have a fulfilling life and to be a part of something that is going to leave a lasting impact.

I was hoping this university would show me the way and it did. When I came to Michigan, I knew I wanted to major in Spanish, but I had no idea what else I wanted to do. I was hoping that as I took basic courses the right path would come to me. Then I found Community Action and Social Change as my minor, and I found the ways that those interconnect. Then I found Public Health, and watching all three of those things come together is fitting this dream I've always had for my own life.

In general, a lot of my age group has this desire to not only have a 9 to 5 job but also have a fulfilling life and to be a part of something that is going to leave a lasting impact. It was really cool to find people who are just as passionate about the same things I am here at the School of Public Health. Finding this first cohort of undergraduates who also want to help people and think about health in different ways than we've previously done at the University of Michigan is the best. We have a great community and I love sharing that with people.

I spent Winter Break in El Porvenir, Honduras, on a service trip with Rotaract Michigan. We worked on a few projects with the Honduras Child Alliance. I was taught the first day how to lay bricks and then it became my job for the whole week. I laid the bricks at the school project and at the baño— an outhouse of sorts—project.

I think this trip made public health more real for me. We learn a lot of things in our classes, but until you are a part of a public health project or some sort of public health community, you don't really know how it all interacts.

A big part of public health is not assuming what a community needs or what they want from you. There is a lot of stigma that surrounds service trips in the fact that you enter a community for a week and then you leave. It was really important to me to find a public health trip where I wasn't going to leave and feel like I was leaving them worse off. Adding to their school or adding a baño—sustainable projects that will help them for years to come—was really important to me.

We were able to positively impact a local school in a few ways. They had a really nice plot of land around the school, but students and teachers were constantly being bitten by fire ants. So we created a walkway in the front, and laid concrete in the back for a patio. Then we built a roof over the patio to give them a shaded place to sit. The back patio will also help stop flooding in the school—when it rains, the water used to flood in.

The baño was life-changing for this family and the area they live in. We were excited to finish this project with them because the alternatives are less sanitary, like going to the bathroom outside, or having many people share inadequate bathrooms. Not having access to bathrooms is a huge public health issue—that's how diseases spread. Having a bathroom where all the waste is going to the right place instead of having it spread into where they're eating or digging things up is really important.

The social determinants of health that I face are a lot different than what the people in the community of El Porvenir face. Thinking about the privileges that I have, it's important that I'm not holding that over people or focusing on my privilege as a success. Thinking about my future career, I definitely want to use my Spanish and I know that my Community and Global Health major is definitely the right fit for me. I want to serve in other countries or other cities in the United States where there are a lot of underserved people who don't have a voice. 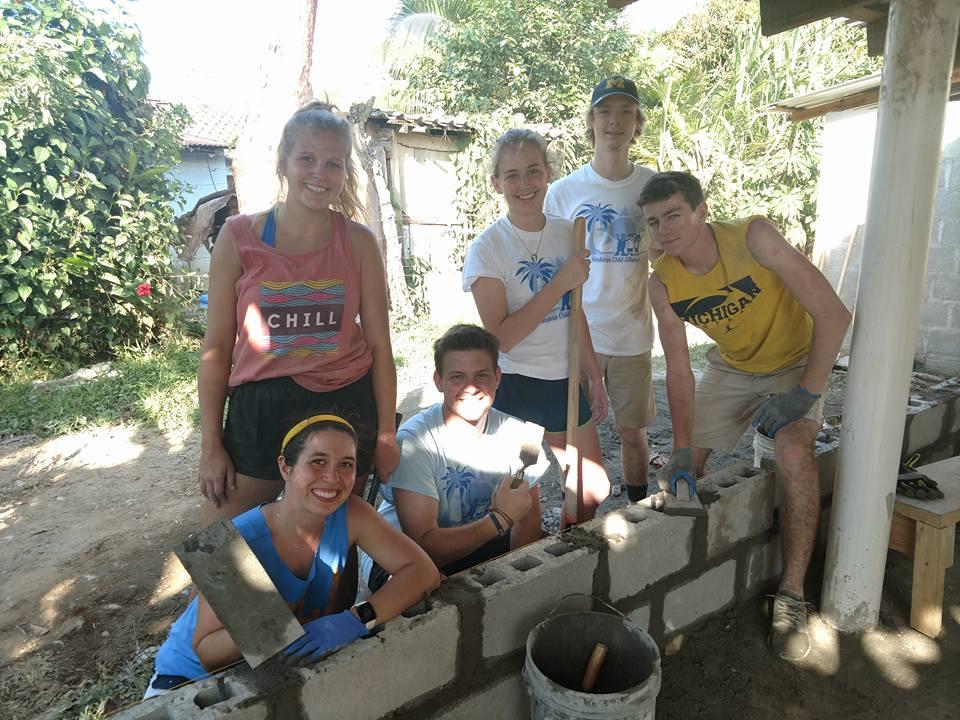 Madison (left, standing) learned how to lay bricks from a contractor on her first day in Honduras. The group was building walls for a patio they constructed on the back of a school to provide shade for students. 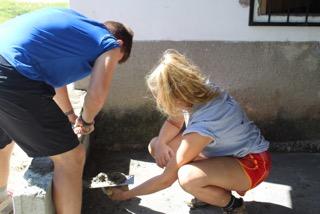 Madison (right) and a fellow volunteer applying cement in preparation of laying bricks to school patio. 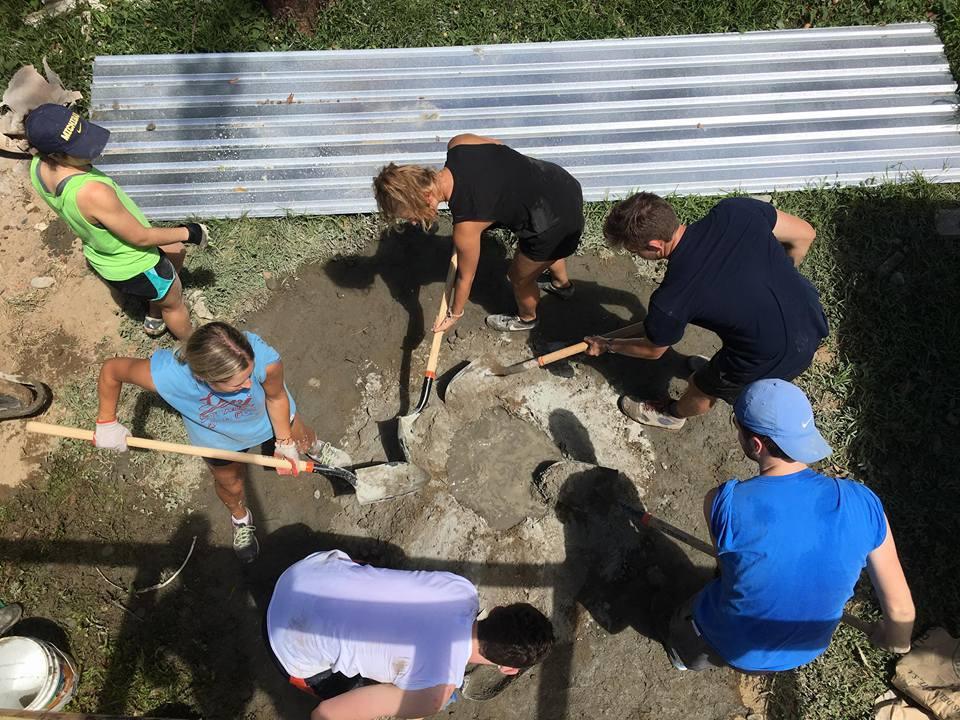 Volunteers mixed cement by hand, adding sand and water gradually and turning it over with shovels while walking in a tight circle. 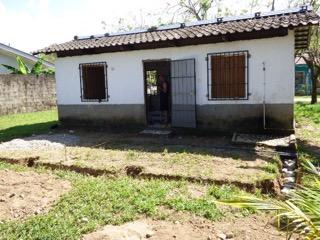 One of the projects Madison and her fellow volunteers worked on was building a patio and roof to the back of this school. This is a before picture, when the school was prone to heat, fire ants, and flooding. 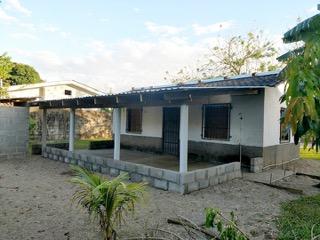 This shot was taken after the patio and roof were added to the back of the school by Madison and her fellow volunteers. 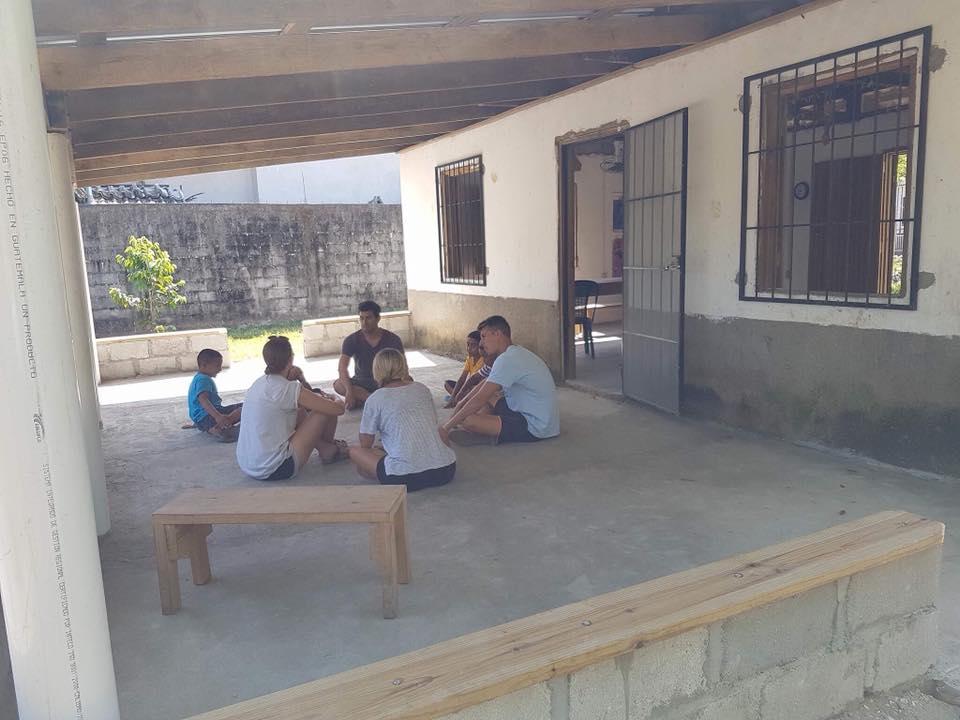 The completion of the project on the back of the school gave students, teachers and volunteers a shaded and protected spot. 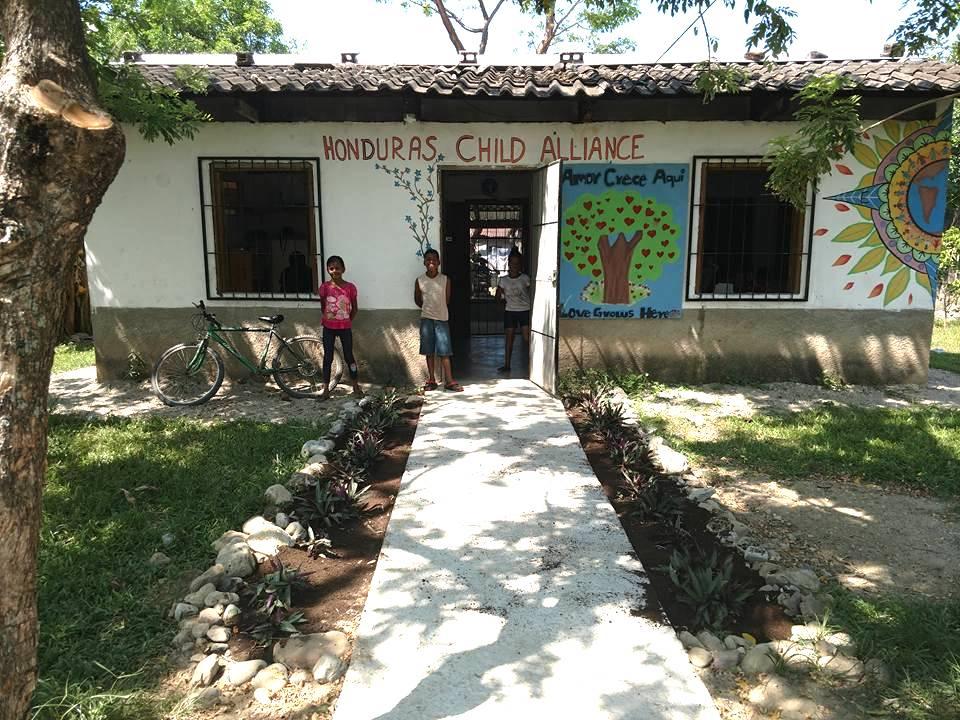 The volunteers also built a new walkway leading up to the school to give protection from fire ants. 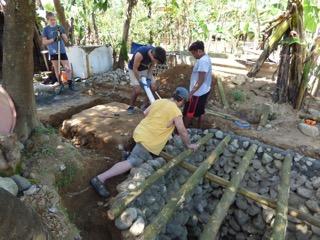 Madison and her fellow volunteers worked on a bano (an outhouse of sorts) that a local family had started. This shows the beginning of the project. The father and son had dug a 14-foot trench and lined it with rocks. 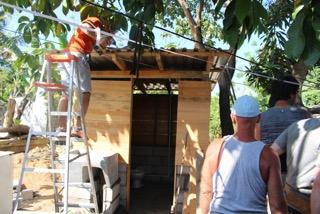 The volunteers were able to complete the bano by building the structure and plumbing. The bano provides a more sanitary way for the family and their community to dispose of waste. 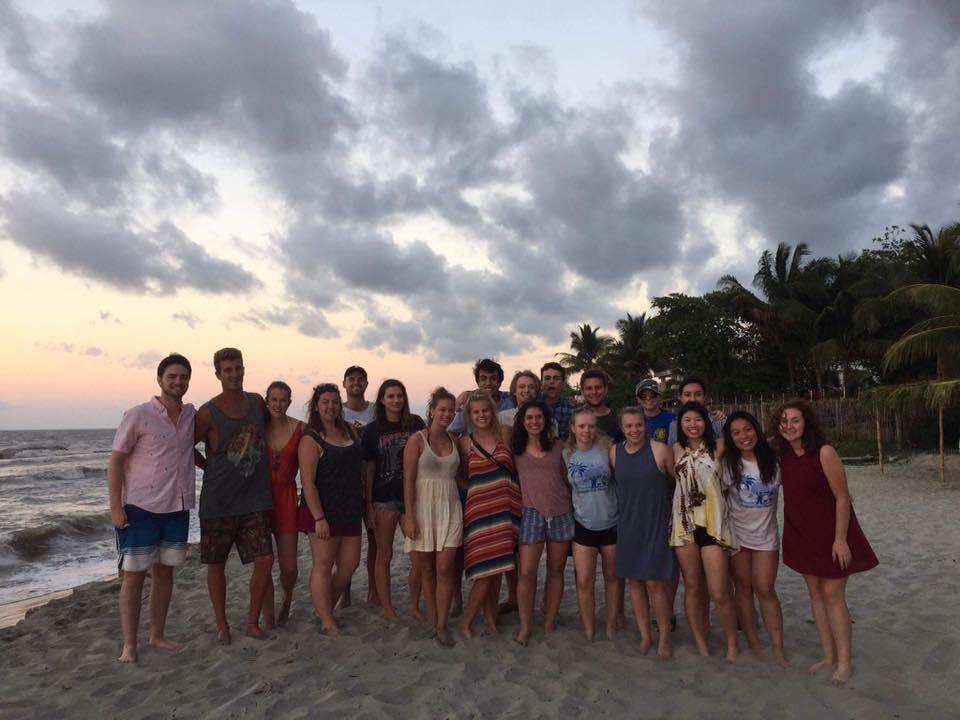 Madison (center in stripes) traveled to El Porvenir, Honduras with the Rotaract chapter from the University of Michigan.