Total Transformation: Focus, Execution, and What We Want to Do with Our Lives 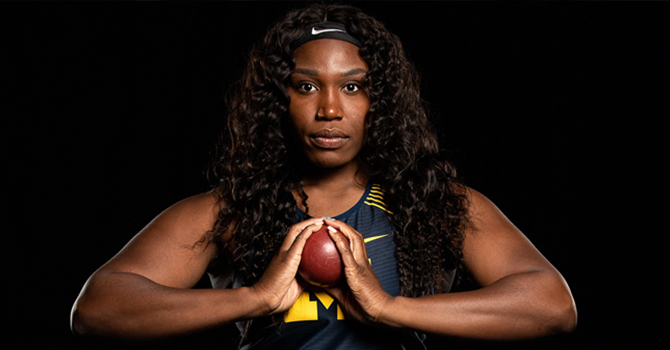 Briana Nelson stepped into the ring in the third round of the 2020 Big Ten Indoor Championships weight throw, carrying with her both the literal 20-pound implement and the weight of a season’s worth of expectations earned from her historic performances throughout the winter.

A fifth-year senior about to earn her undergraduate degree in community and global public health, Nelson had been a revelation to that point in the indoor season for the University of Michigan women’s track and field team. It had taken her just two throws in the very first competition of the year to obliterate her personal best by nearly 6 feet and briefly seize the school record with a heave of 19.95 meters (65 feet, 5.5 inches).

Just like that, her historic breakthrough season was in imminent danger of an abrupt and disappointing end.

But her two opening throws at Big Tens on Feb. 28 in Geneva, Ohio, had not at all followed that script, despite promising signs in the warmup rounds. She opened up at 18.64m (61-2), tied for her second-shortest mark of the year, then followed with a 17.84m (58-6.5) attempt, the shortest of the year.

With just one attempt remaining in the three rounds of trials, she was on the outside looking in at making the nine-woman final. Just like that, her historic breakthrough season was in imminent danger of an abrupt and disappointing end. “I really had to sit down, take a breath, drink some water, and take all the pressure off,” she said. 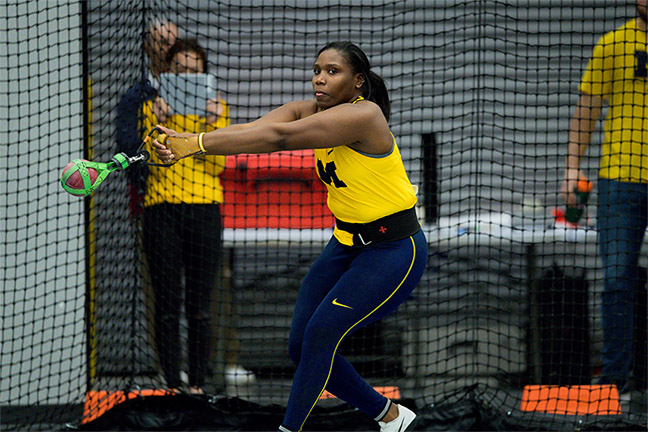 Seeking to relieve some of that pressure, she sought guidance from current program assistant and former school record-holder Bailey Baker, who told her to just do what she did day-in and day-out at practice.

Head coach Jerry Clayton also had alerted her to a technical improvement she could make. “He pointed it out and told me that if I focus on that and nothing else, that’s probably like my best bet. And so that’s what I did,” Nelson said. “Once I took that pressure off, I was ready to go. I went in there and I did my ritual, my deep breath before my throw and that one, it was the one.”

Needing her implement to travel just shy of 19 meters to secure her spot in the final, it instead soared more than a meter farther—all the way out to a new school-record 20.21m (66-3.75) and into third place. “I didn't know it was going to be a school record,” said Nelson. “I’m glad that it was, but coming off those first couple turns, I knew that it was definitely gonna be better.”

In her athletic pursuits, Nelson is able to drill down on things she can control as an individual to shape the outcome she desires.

She did not improve again over the course of her final three attempts, but it was enough to hold up for fourth place—her first Big Ten Championships scoring performances, as the top eight finishers in each event earned points for their teams—with teammate Courtney Jacobsen right behind her in fifth.

In her athletic pursuits, Nelson is able to drill down on things she can control as an individual to shape the outcome she desires. For instance, adjusting the speed of rotation in the windup to the throw can have a dramatic impact on the result. “Everyone kind of has their own rhythm,” she said. “My teammate Courtney Jacobsen’s rhythm is super fast and mine is slower in the first turn and then I kind of build into it. There was one week where I started to really speed up and struggled. Coach told me, ‘You’re going way too fast, and that’s not your style. You’ve got long arms, just keep it long in the first turn and you'll be fine.’”

The world beyond athletics is not always so clear cut, which is where her studies in public health—focusing in on the areas of nutrition and mental health—enter the picture.

“We’re studying the importance of population health on both national and global scales and how we can improve it for all people,” she said. “We also look at inequities and disparities through the lens of race and other demographics to see how those impact and play a role on people’s health.”

In eighth grade, Nelson found herself unhappy with her fitness, and a lifetime passion for nutrition was born. “I really took the initiative so I started running with my dad. I got really disciplined on my own on how to diet properly,” she said. “Looking back on it, I'm really impressed with how I executed. I was only 13 years old and here I was. I ended up losing 35 pounds. It was a total transformation, not only physically but also mentally and emotionally—just feeling so much more comfortable in my own skin.”

That transformation opened the door for Nelson to become a better athlete and earn her way to a roster spot at Michigan, where she found a way to merge her passion for nutrition with her passion for helping others. After a couple of years on campus, the School of Public Health in 2017 rolled out a pair of new undergraduate degrees, one of them in community and global public health.

“I applied and actually didn’t get in the first time, but then I applied again,” she said. “That's why I’m doing a fifth year, because it’s a two-year program. But once I found it, I’m like, ‘Oh wow, how did I not know that this was what I wanted to do my whole life?’”

“Before studying public health in college, I did not really ever think about the magnitude of the effect that your environment has on your health status.”

With her hindsight now benefited by the knowledge she has gained from her five years of studies, she appreciates how different—and more difficult—her middle school years could have been. “Before studying public health in college, I did not really ever think about the magnitude of the effect that your environment has on your health status,” she said. “I just thought, ‘Oh well, if that person’s overweight, they probably are choosing unhealthy foods.’ But taking those classes made me consider questions like: Why are they choosing unhealthy foods? Where do they come from? Who are their parents, and where did they grow up?”

One of the topics she has become most passionate about are “food deserts,” generally defined by the USDA as communities that lack stores that sell healthy and affordable food. “In pretty much every class where they give us free reign to just pick a public health issue to talk about, I always pick food deserts because I am so interested in the fact that not everyone is at fault for their health conditions and their health status,” she said.

“Personal choice has a lot to do with it, but there are reasons why those choices are being made and a lot of that has to deal with accessibility and social determinants,” Nelson said. “Maybe their socioeconomic status just isn’t where it needs to be for them to be able to afford fresh fruits and fresh vegetables. That’s not everyone’s reality. So I’ve learned that even with parents’ desire to feed their kids healthy food and maybe parents’ desire to lead a healthy household, their pocketbooks just won’t allow them to.”

Those factors have become exacerbated by the current COVID-19 pandemic and the turmoil it has wrought on millions of lives. Beyond the top-level health and financial impacts the disease and the efforts to contain it have had, Nelson’s studies have brought the suffering at the nutritional and mental levels into focus for her.

“I’m grateful I have the background I have in a time like this to be able to talk to my peers and family members and provide some explanations and insight I’ve gained through my program.”

“I’m grateful I have the background that I have right now in a time like this to be able to talk to my peers and my family members and provide some explanations and some insight that I’ve gained through my program,” she said. “Knowing that jobs are going to be very hard to come by during these times and realizing how this is affecting people, that can in turn affect their health. If they don’t have the money to get their regular groceries and maybe they have to resort to fast food, that’s not as healthy.”

“I feel for them, because it’s out of their control. And I think that having a public health lens and perspective into it allows me to be a lot more empathetic, because I understand what is taking place behind the scenes. I think that without this public health background and education, I might not be as quick to think this way.”

Once the spread of the virus has been mitigated and contained to the point of being able to safely return to campus, Nelson will return as a first-year graduate student seeking a Master of Public Health in nutritional sciences. “I think that having this Michigan education and going to one of the best public health schools in the nation is really a privilege,” she said.

Due to a sixth-year eligibility waiver on top of the NCAA’s decision to grant an additional year of eligibility to all spring sport student-athletes affected by the cancellation of the 2020 spring seasons, Nelson will have at least one remaining season of outdoor track and field eligibility. She also may have a potential sixth year for indoors, pending approval by the NCAA (she suffered an ACL tear and missed all of the 2018 season.)

“You may have an athlete who comes in and eats a certain kind of way. You can’t get them to break it,” she said. “It’s on me to stop and consider: Why do they eat like that? This person may be of this racial background. Maybe they like these types of foods. I’m going to provide an alternative that may help increase performance, but that also acknowledges their culture and acknowledges where they come from,” she said.

“I think it really opens your eyes to a wide perspective of what may contribute to an athlete's current status, their food choices and every single choice that they're making in the kitchen. I think it deepens my understanding, which I think will give me the ability to serve athletes to the best of my ability.” 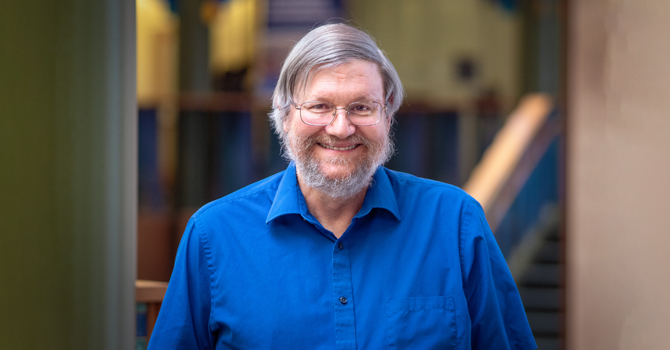 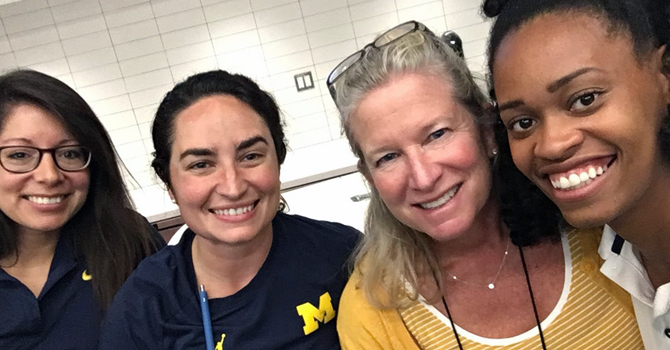 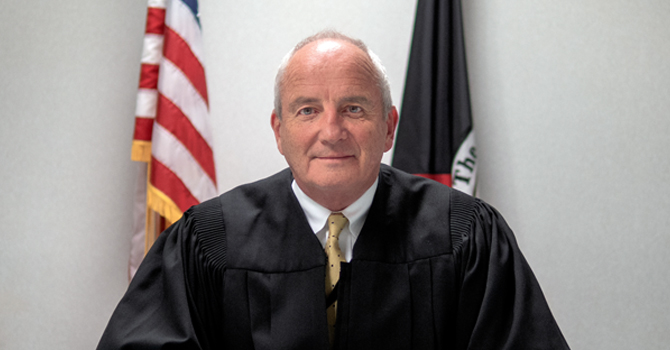 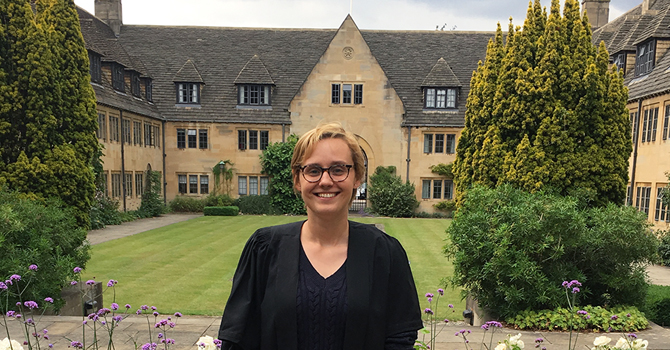 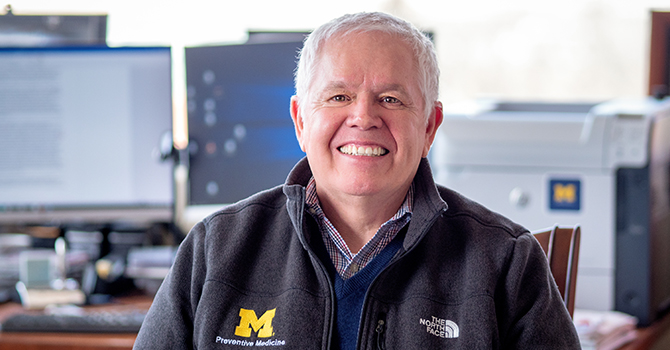 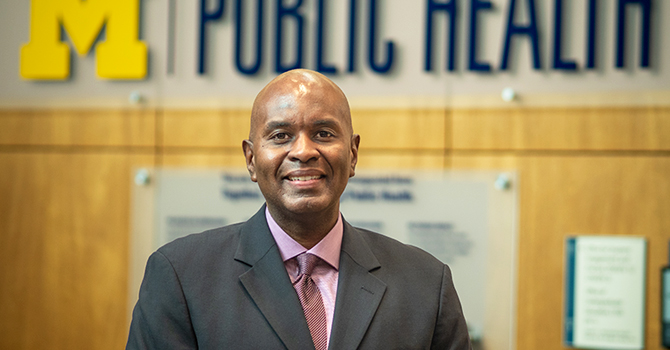