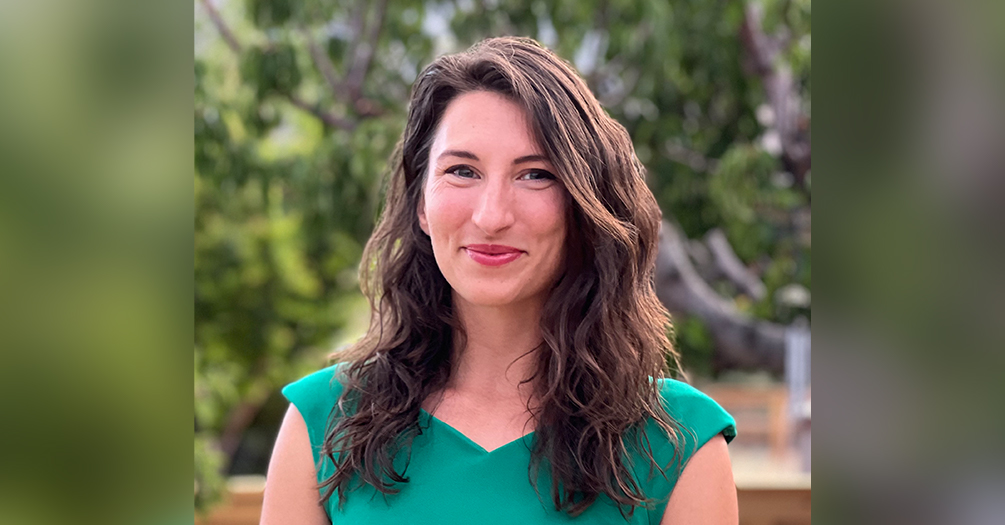 Genevieve Amsalem works to combat environmental health and justice issues in one of the most heavily polluted areas of California. Amsalem, who is working toward a Master of Public Health in Environmental Health Sciences, shared what kind of public health issues the residents of Kern County face and how environmental justice organizations such as the Central California Environmental Justice Network (CCEJN), where she is employed, are working to combat those issues.

What got you interested in environmental justice in this specific area of the country?

I lived in Fresno for about seven years, and Fresno has consistently been listed as “the most polluted city in the nation for fine particulate matter.” Initially, when I moved there, I wanted to get involved in climate policy. However, experiences like waking up in that air pollution, going to bed in that air pollution, not being able to bike to work some days, and having a persistent sore throat or cough made me angry. I felt like I was being forced to smoke a pack of cigarettes a day. I actually quit my job and dove headfirst into air quality and public health.

I felt like I was being forced to smoke a pack of cigarettes a day.

Since then, I've spent the majority of my professional life working on air quality policy and public health policy and trying to reduce air pollution and also mitigate its impacts on public health in this same region.

What are some of the environmental health issues you’re working on?

I work with an environmental justice organization called Central California Environmental Justice Network (CCEJN) based in the San Joaquin Valley. This region of California is one of the most polluted air basins in the nation. The regional air pollution is impacted by local oil and gas production, confined animal feedlots, and agricultural processes that create a lot of air, water and climate pollution—not to mention the pollution from nearby major highways and distribution centers. We essentially have all the major industries that are also all of the major polluters, and it's created a difficult political environment to try to attack that public health issue.

Kern County bears the brunt of the chronic regional air pollution. This area is at the bottom of a valley, surrounded by mountains on three sides, and the pollution that drifts down from the north essentially gets trapped there. It results in an environment where there's a lack of clean air, a lack of access to clean drinking water, and a lot of exposure to different toxic contaminants such as leaking oil wells.

People are living, working, playing and trying to exercise in very close proximity to these potential hazards.

The bulk of the state's oil production is in Kern County; we've got active, abandoned and idled oil wells not just out in oil fields but also in neighborhoods, subdivisions, parking lots of grocery stores and hospitals and elementary schools. They are underneath homes, and some are even hidden underneath people's backyards. One of the ways we identify active well leaks is by hearing from residents that they’re experiencing specific health issues. Once we notice they’re also near a well, we can then send someone out to confirm that there’s a leaking well—that’s unfortunately how we often find these leaks, starting with negative health outcomes. The reality of the situation is that people are living, working, playing and trying to exercise in very close proximity to these potential hazards.

CCEJN recently helped the “Setbacks Bill” get signed into legislation in California. As someone working on these issues, what does this accomplishment mean to you?

The Setback Bill is a law enforcing a physical setback between new oil and gas wells and homes and schools. In its current language, it is the strongest setback in the nation. I only joined the effort recently, but watching it transform from a decades-long dream into an organized action was the most impressive collaboration that I've ever seen.

This fight to get a buffer zone between residents and oil wells is one that’s been going on for over 20 years. That dream was brought to fruition by the concerted effort and amazing leadership of VISION (Voices in Solidarity Against Oil in Neighborhoods), a statewide environmental justice coalition that includes CCEJN, and a robust support network of climate, environmental, and public health organizations from across the state and nation.

Part of the role that CCEJN played was to identify and report violations, such as leaking oil wells. Residents would come to us or we would find them, and they would typically exhibit this symptom profile: They would smell something weird; everyone was getting headaches, fatigue, nausea and memory loss, and it was really scary for them. We would not only report it to the proper agency to fix, but we then tapped into this network of organizations that were kind of lying in wait—our VISION allies—to make a lot of noise about it in the media and everywhere we could. Everyone connected to their state senator, state assembly members or they used contacts that they had at regulatory agencies, and we lit a fire.

Because of the organizing structure that was there, the impact was just huge, to the point where everyone in the state capital knew that there was a well leaking in a neighborhood that was causing health impacts. We kept finding more leaks; we kept raising the issue. Then, the governor and all the agencies involved were meeting about it daily to try to resolve this issue. Eventually, the governor put forward a policy platform at the end of the legislative session. One piece of that platform was to have a buffer zone between homes and schools and oil and gas wells.

An important piece not to be lost is that the VISION team was not just community residents and organizers in one county or region; it was environmental justice organizations from across the state that banded together to get this legislation passed—it was environmental justice principles in action. And one part of that is that the community leads and they're the ones making the decisions for their own communities.

How is earning your MPH going to support your work?

The public health research out there is just limited for a lot of environmental health issues. Without sufficient research on things such as the symptom profile for oil well leaks—nausea, headaches, fatigue, and memory loss—regulatory agencies and those in the government can easily dismiss what we know to be true and are consistently hearing from residents as simply anecdotal.

Getting my public health degree means I’ll be getting a background in epidemiology and learning how I can show proof of something that we already know to be true. Being able to do that would be really powerful and exciting. The MPH will add more tools to my tool box when I go to these fights over air and pesticides. 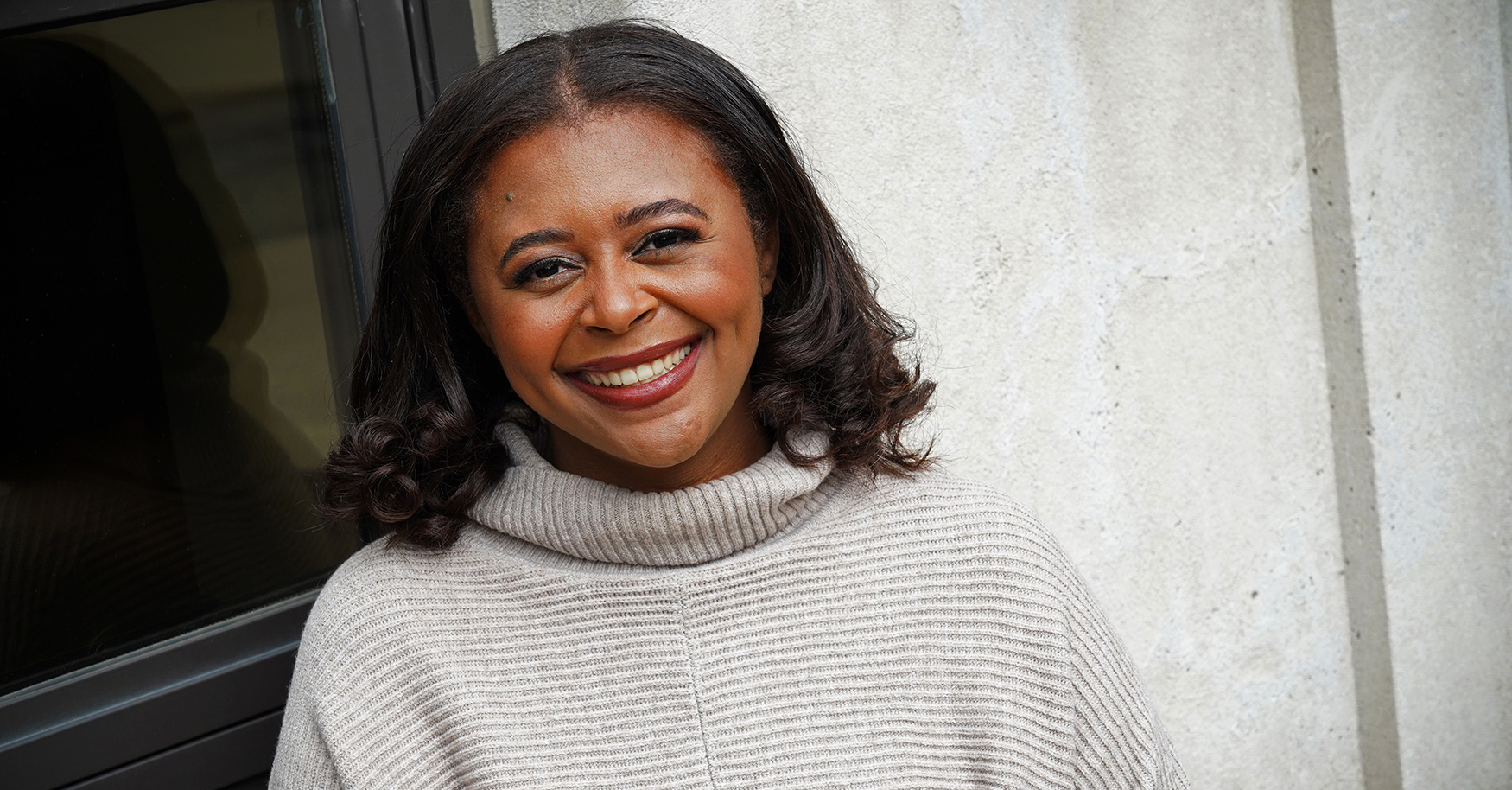 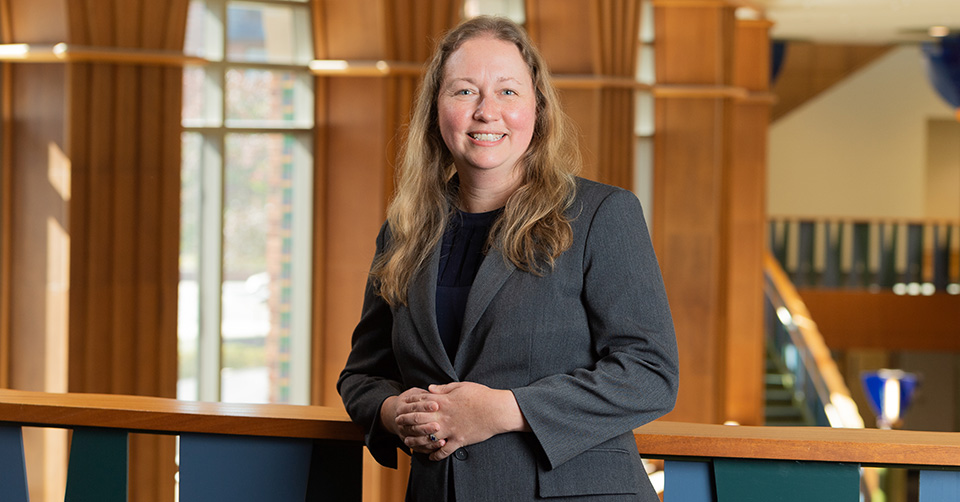 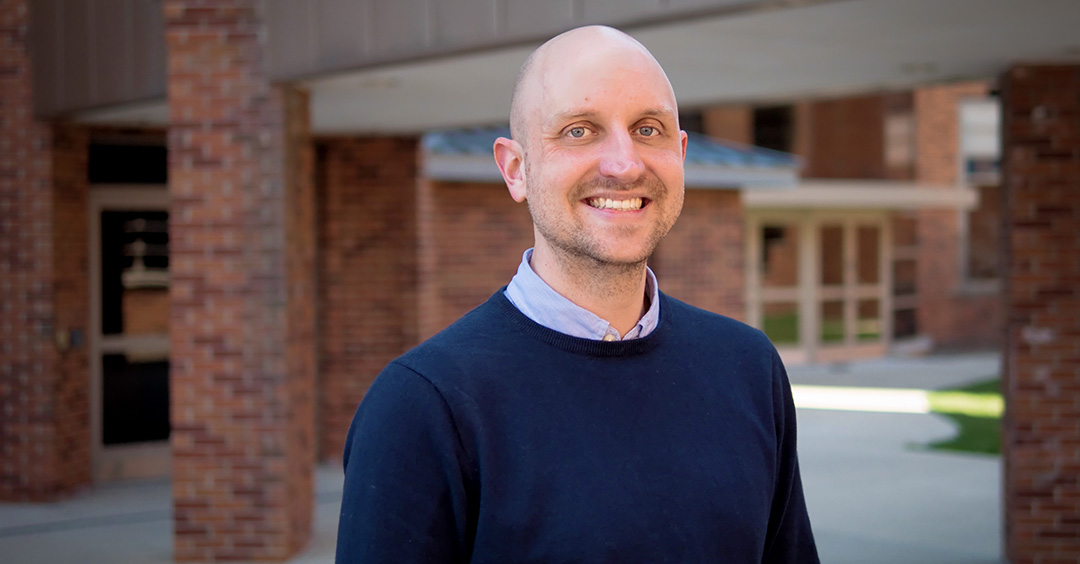 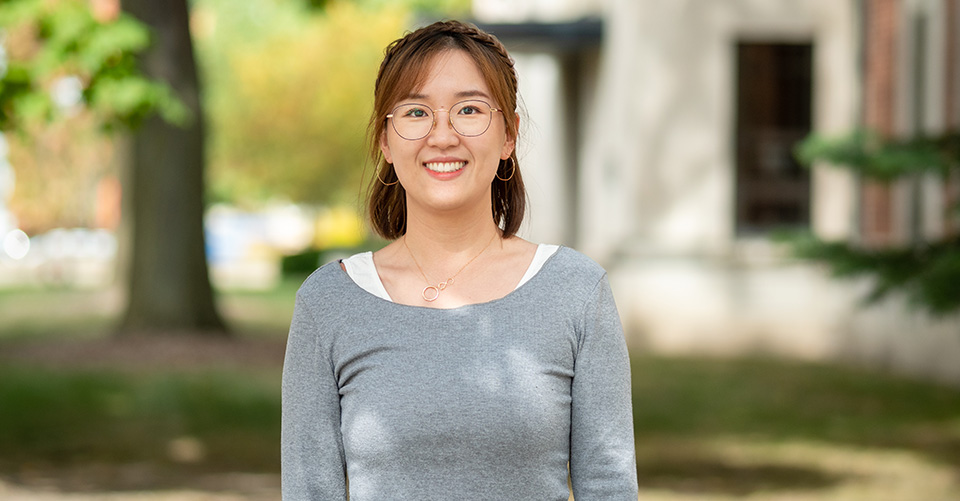 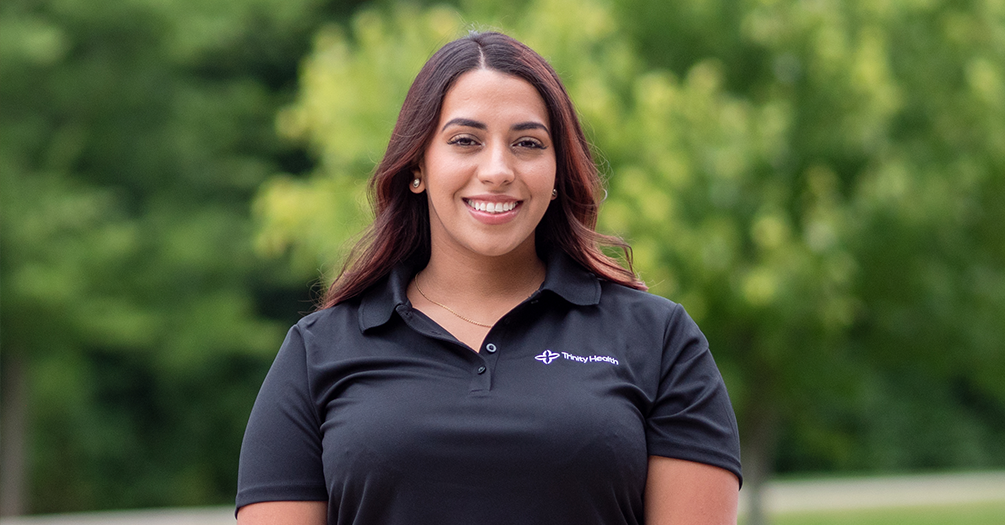 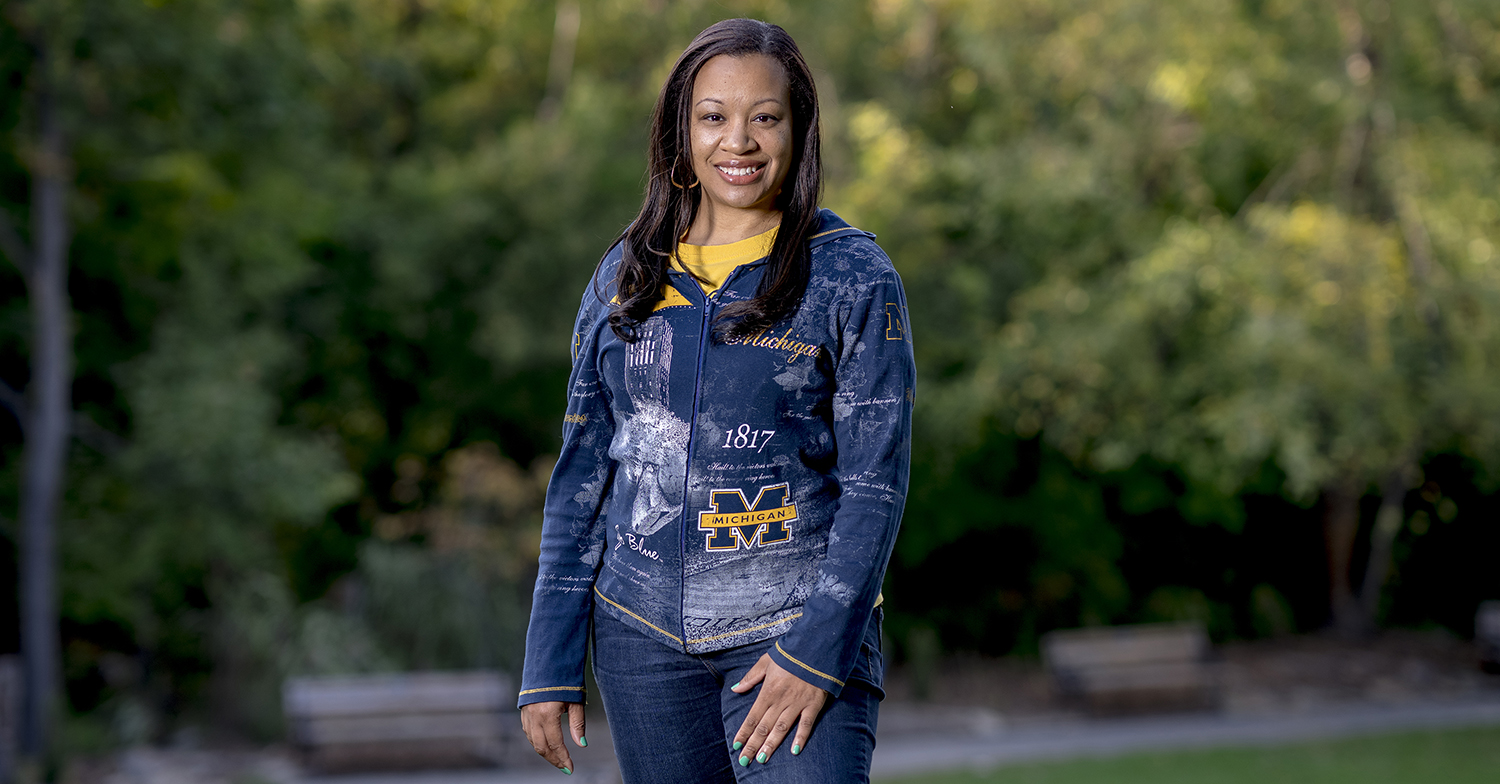