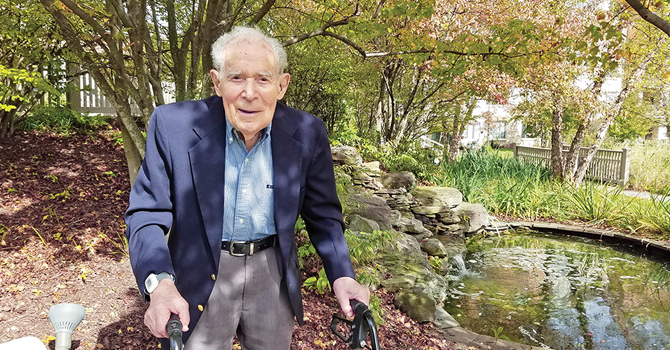 Isadore Seeman, MPH '47, was born in 1916, a year before the University of Michigan would celebrate its centennial anniversary. The fourth of five children of Austrian immigrants, Seeman and his siblings grew up in apartments behind storefronts in Baltimore and watched their parents struggle with poverty.

After high school, he and his three brothers went to a nearby teachers college and got various teaching jobs in Baltimore public schools. Seeman taught for two years but never loved it. On a trip with his brothers in 1942 to Washington, D.C., Seeman fell ill and was diagnosed with tuberculosis. He spent 14 months on bed rest, healing and thinking. The experience left him with the conviction that no one should become so severely ill with a preventable disease.

Seeman returned to teaching for only two months before quitting his job. A man on a mission, he began looking for a job—any job—in public health. He wrote to the National Tuberculosis Association and the American Heart Association and found nothing. He decided to visit the offices of the Baltimore City Health Department and was fortunate to get a meeting with the deputy commissioner of health, "who helped me discern what I could do without formal training," Seeman explains. "He knew that in the Bureau of Vital Statistics, a chief clerk was about to retire. He sent me to the Bureau to talk with the director, who later offered me a job as an administrative assistant. So in 1942, I began working for the city of Baltimore."

After a year of work, Seeman was granted time off to earn a bachelor's degree at Columbia University studying sociology and community health. He went back to work at the Health Department for a few more years and then was granted another break, this time to study Statistics and Health Education at the University of Michigan School of Public Health.

Seeman again returned to work at the Baltimore City Health Department, now in possession of two degrees related to public health. He was soon promoted, becoming the first director of the newly formed Bureau of Vital Records. In 1947 he became director of the Bureau of Health Information.

Seeman's work centered mostly on organizing research, interpreting data, and publishing reports. But in 1948, he was able to tap into an old hobby—amateur theater. "Radio public health announcements were common at that time, so we moved them to television, which was pretty new back then." Seeman wrote scripts, reviewed each time by a doctor, for a weekly one-hour show called Your Family Doctor. And he starred, playing the part of Dr. Worthington. "The show lasted about a year. We were up against Milton Berle, so I'm never sure how many people watched it other than my wife!" Unfortunately, no video archives of the show exist.

Seeman thought his work at the Baltimore City Health Department would be his career. Then he received an unexpected call from Washington. "Someone I did not know named Arthur Kruse had just been appointed executive director of the recently reorganized United Community Services (UCS) of Washington, D.C., and they needed someone to lead their health unit." Seeman listened to Kruse's proposal and was intrigued by the opportunity to apply his expertise in statistical analysis and communications on a larger scale. He interviewed and soon took the job as UCS's Health Secretary.

Seeman says Michigan Public Health played an enormous role in this change of fate. "Mr. Kruse knew Michigan's reputation in public health and had simply called the School and asked for the names of recent graduates with outstanding qualities in these areas," Seeman says. "My name was among those provided."

Seeman would go on to become the deputy director and then director of UCS. As he became familiar with public services in the region, he noticed redundancies between UCS's work and that done by organizations in Montgomery and Prince George's counties in Maryland and in Alexandria City and Arlington and Fairfax counties in Virginia. Seeman saw the D.C. metro area as a single geographic unit and believed these various organizations could do more together and become more efficient, offering better services at lower costs to the entire community. "I developed a two-year plan for this significant merger. We met with staff around the area and listened carefully to ideas and concerns," Seeman explains. Within a year, everyone had signed on, creating a single public health organization for the entire capital area called the Health and Welfare Council of the National Capital Area (HWC).

As a health services planner in the D.C. area in planning, Seeman had associations with other types of professional planners, such as urban planners. He and several planning colleagues began meeting from time to time to share ideas and eventually received a Ford Foundation grant to establish an organization called the United Planning Organization (UPO). "This all happened right when President Johnson was starting the War on Poverty. Communities could get federal funds to create community action agencies," Seeman explains. The UPO was able to secure one of these federal grants and was designated the community action agency for the capital region. "President Johnson also saw us as natural supporters for the Model Cities Program, so several of us were invited to the White House for the signing of the Model Cities Act."

Years later, Seeman would take on a project with national scope. In 1972 he had taken a position as a budget officer in the US Department of Health, Education, and Welfare (HEW), which a year later was reorganized into the Department of Health and Human Services (HHS). Seeman moved up through several positions and was transferred to HHS's National Center for Health Statistics.

In the early 1980s, Seeman was named director of Evaluation of Health Programs. In this role he became manager of the 1986 National Mortality Followback Survey, which was mailed out—with help from the Census Bureau—to the next of kin of 20,000 people who had died in 1986. Seeman designed much of the survey himself, focusing on two issues: questions that would lead to a better understanding of preventive interventions related to smoking, alcohol, and exercise; and questions about the amount of care received in the last year of life. Seeman oversaw follow ups via phone calls and home visits, ultimately achieving an 87% response rate.

Seeman retired in 1986, after completing every facet of the National Mortality Followback Survey except the final tabulation of the results. He has spent the last 30 years advising younger colleagues in the field, writing histories of the various organizations he led during his long career, and keeping up with his three sons—who themselves have begun to retire. 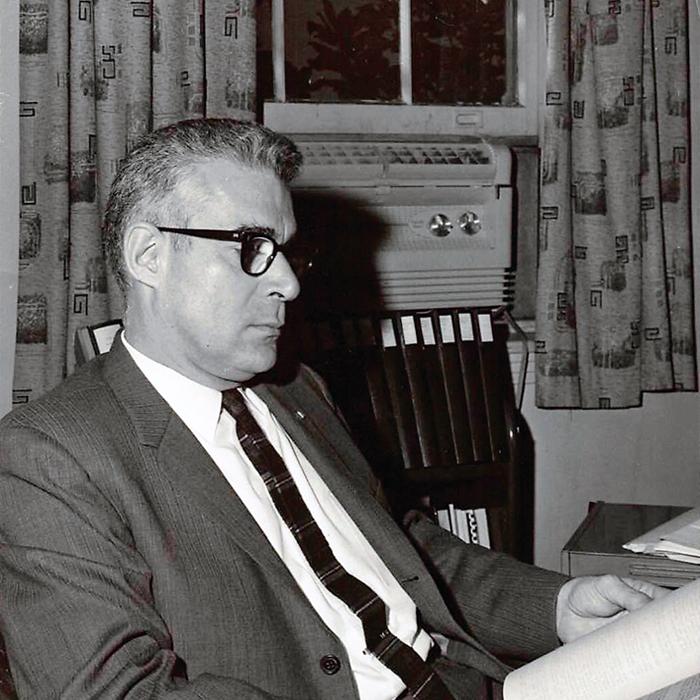 Seeman during his time at UCS. 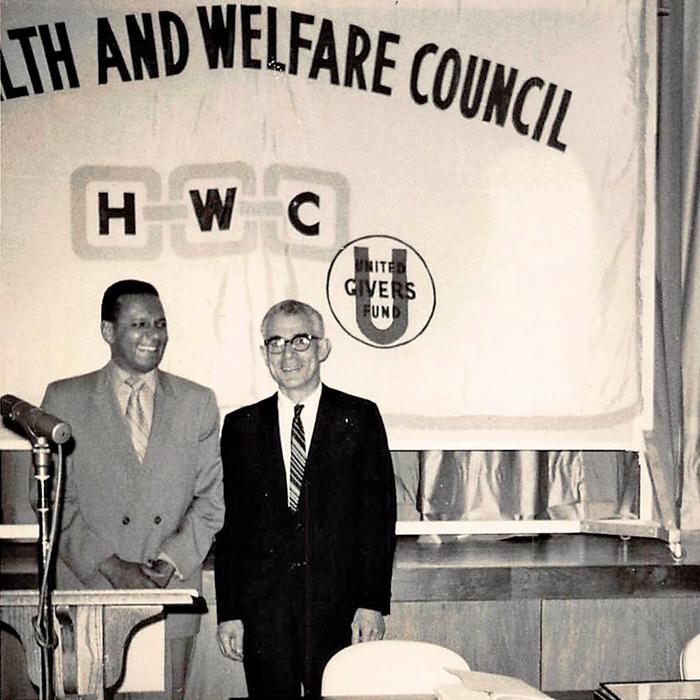 Seeman at a meeting of the Health and Welfare Council (HWC). 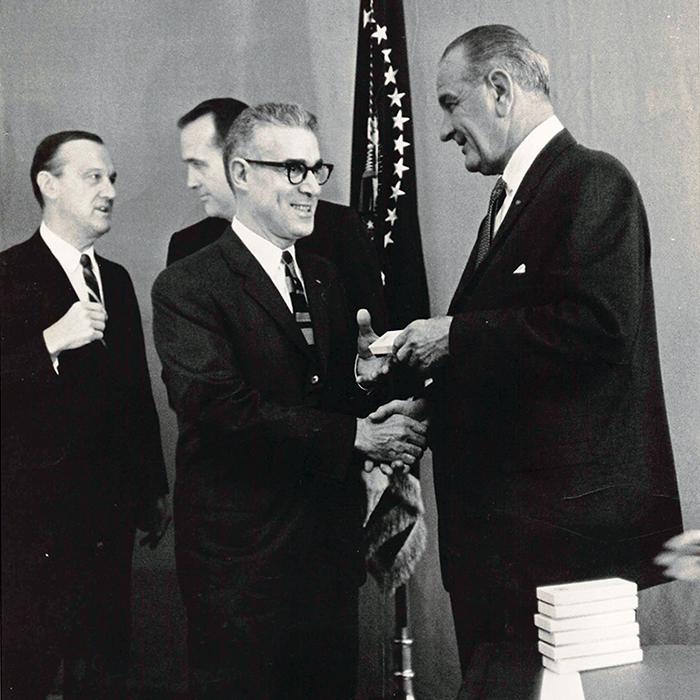 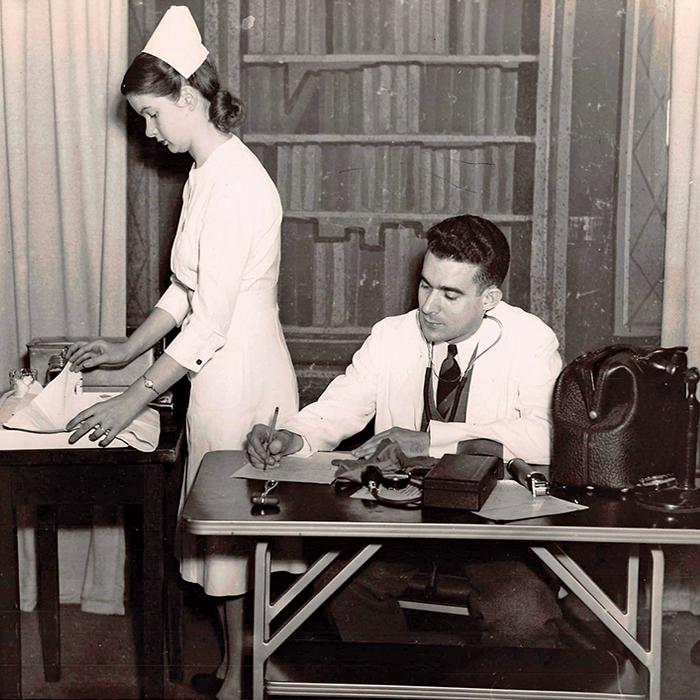 Seeman on the set of Your Family Doctor. 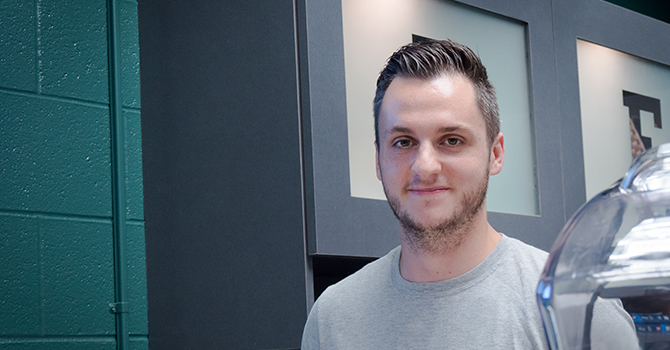 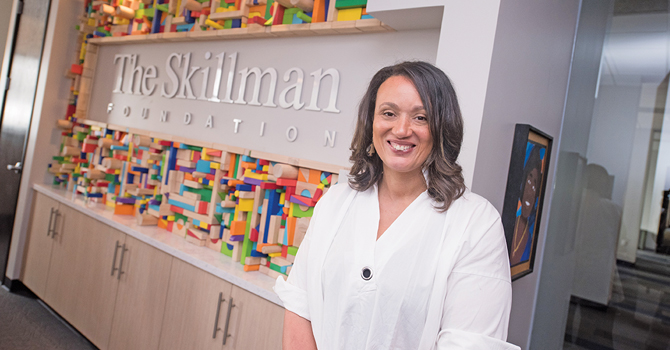 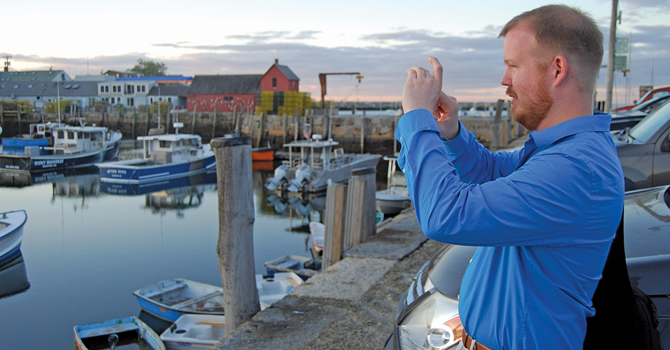 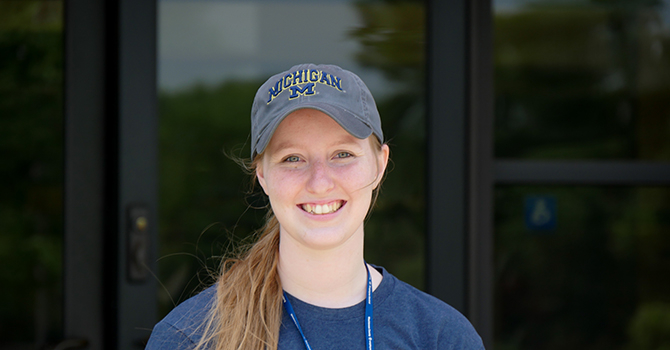 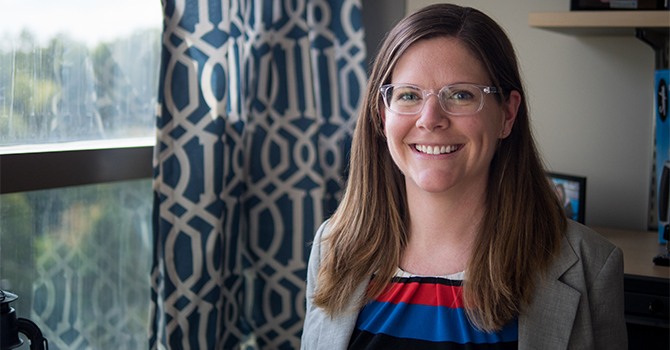