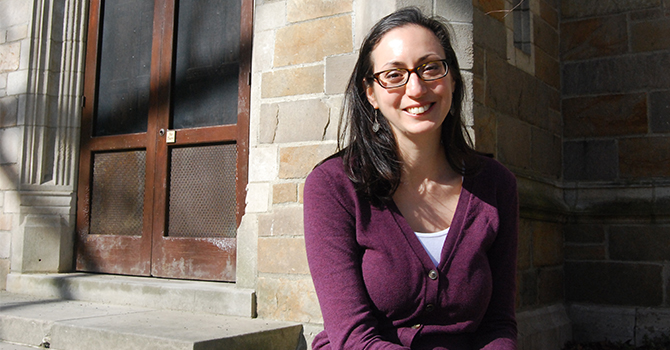 Sarah Gutin, BS '03, is passionate about global reproductive health. She is several years into a PhD program in health behavior and health education at the School of Public Health and has been building a career in public health for over a decade.

And when she looks back on her path after leaving Michigan, she notes that fellow Wolverines have been a big part of her story. "Time and again, no matter where I have been in the world, I have had the good fortune to run into Michigan alums. And those people have helped me personally and have also helped move my career forward."

Responding to an Expansive Crisis

Even as she built her public health resume, Gutin realized that her growing interest in HIV and reproductive health research would take her far from Michigan and from the US. She had studied the history of apartheid in South Africa, including how that history and a series of missed political opportunities had led that country to have one of the worst HIV epidemics in the world. "The end of apartheid meant that suddenly an entire nation who had been denied access to quality healthcare needed fast access to primary health care, and it just took the South African government time to pull it all together. In effect, the government responded to HIV too late and by the time they did, they were facing a full-scale epidemic," Gutin explains.

Gutin knew that the HIV crisis still had a hold on much of southern Africa, and that millions were suffering from a lack of access to HIV care and treatment and faced extensive social stigma as a result of their HIV status. Gutin moved to South Africa in 2004 to study at the University of Cape Town in South Africa, earning an MPH in 2007. While there, Gutin was involved in community health education projects and research, and she lived with a Michigan alum.

After completing her MPH in South Africa, Gutin moved up to Uganda to conduct research on the family planning choices of women living with HIV in the post-natal period. Shortly after arriving in Uganda, Gutin met and then lived with a woman who had completed her MPH at Michigan. "We had an immediate Michigan connection—it was amazing!"

A Shared Bond, a Shared Passion for Public Health

The Michigan connections followed Gutin back to the US. In 2008, Gutin moved to San Francisco and took a job at the Bixby Center for Global Reproductive Health, and the two primary investigators she worked with were, you guessed it—both Michigan alums. "I think that being a Michigan alum really helped me secure that opportunity. The investigators I was working with knew Michigan—they knew what it meant to have a Michigan education. There was a bond that we shared."

That bond was not only about the Michigan experience and the quality education it had provided. Gutin and her colleagues at the Bixby Center shared a deep passion for public health, specifically for the way their research could improve the lives of women and families both in the US and globally. In time, however, Gutin felt she was ready to ask her own research questions. Her years leading HIV prevention and reproductive health programs in global settings had helped her identify many areas in the provision of reproductive services that she was keen to explore further. After applying to a number of PhD programs, Gutin settled on Michigan. "Coming back to Michigan was like coming home," she says.

At Michigan Public Health, Gutin's research focuses on safer conception for couples living with and affected by HIV in Botswana. At 22% (CIA, 2017), Botswana has the third-highest HIV/AIDS prevalence rate in the world. As Gutin explains, "Most of the people living with HIV in Botswana are in their reproductive years and most of them desire and will have children. People living with HIV can actually have children pretty safely. And there are effective treatments that can greatly reduce the risk of transmitting HIV to infants."

This is hopeful news in many ways, but research, clinical interventions, and public health outreach all need significant attention. "Botswana has done an excellent job of reducing its HIV incidence in infants. However, the science around preventing HIV transmission to partners when trying to conceive is newer. While there are interventions that can substantially reduce HIV transmission when couples are trying to get pregnant, those interventions are not yet being scaled up in many HIV endemic countries, such as Botswana." Gutin's research focuses on understanding the barriers and gaps that prevent people living with HIV from using safer conception services.

The Michigan Brand Follows You

Gutin spent the summer of 2015 doing pilot research in Botswana for a larger project she is now conducting. Shortly after arriving in Botswana, Gutin was invited to attend a July Fourth party at the US embassy in Gaborone, where she met Earl Miller, the US Ambassador to Botswana. It was at that party that Gutin learned Miller was a Michigan alum and decided to reach out to his office. After the party, she let them know that she was a Michigan student who was conducting research in Botswana. Soon after, she was invited to the embassy to discuss her research with Ambassador Miller.

During their meeting, Miller shared more about the embassy's role in health projects at the community level. At one point in the conversation, Gutin noticed a Michigan football helmet sitting on a shelf and inquired. "It turns out that we were both avid Michigan football fans! The Michigan brand really stays with you wherever you go, even in Botswana. Ambassador Miller was obviously very proud of his Wolverine roots," she says.

Miller offered Gutin the embassy's services, including any assistance she might need in completing her research. "Whether he was the ambassador or not," she reflects, "he was a kind, welcoming Michigan alum. He took a genuine interest in me and my work and wanted my research to be impactful."

Gutin and her family are headed to Botswana again this November. They will stay for nine months while she works on her dissertation research. She is hoping to catch a few games on television with Ambassador Miller. "It sounds cliché," she reflects, "but we always say, wherever you go—go blue! And in my case, wherever I have been around the world, being a Michigan alum has always opened doors for me. I couldn't be prouder to represent this University as I start the next phase of my research." 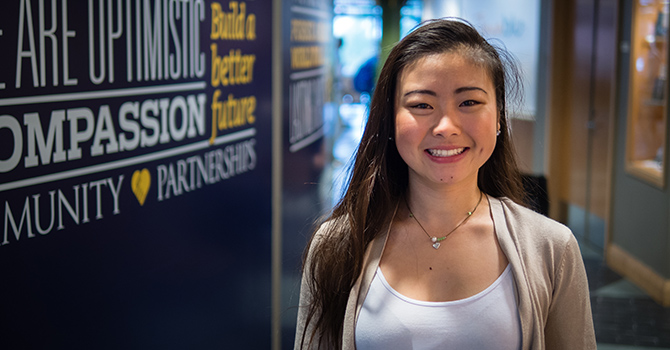 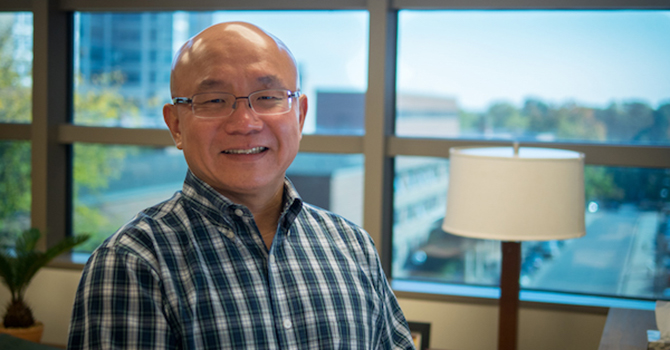 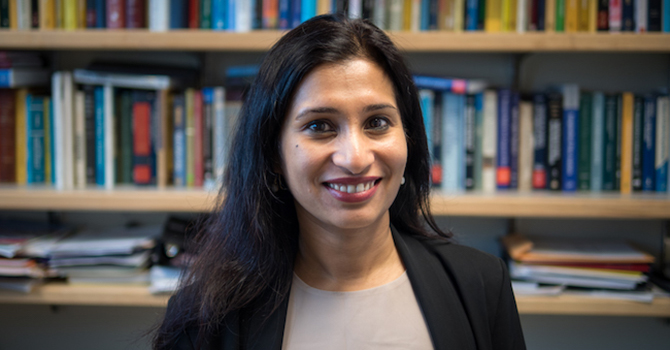 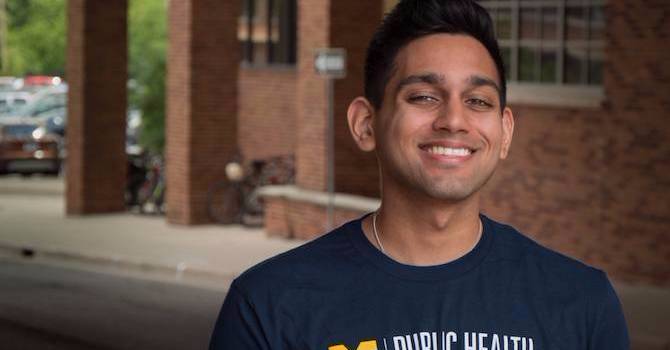