Public Health in Service of the Most Vulnerable 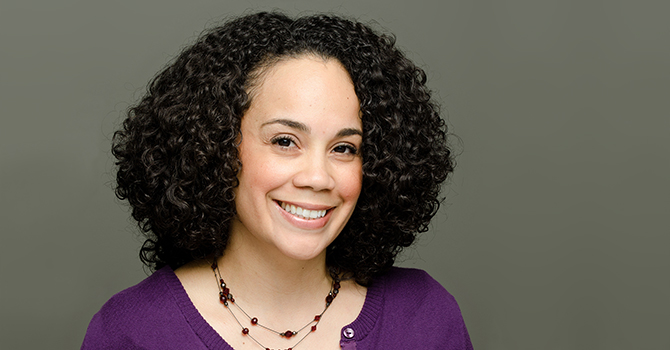 My journey to public health predates my time at the University of Michigan. I entered undergrad as a physical education major because I was interested in sports and health education from a medical perspective. But the longer I spent in that major, the more I realized it was not the path I wanted to take. My interests led me to my university’s Health Department, but at the time—before a public health major existed—a student had two pathways she could pursue: health education or health science. As it turns out, the Health Science degree was really a public health degree at the bachelor’s level.

What appealed to me about public health from the beginning was the ability to impact communities on a wide scale. Public health, by default, is about thinking and troubleshooting, about how to structure programs and build policies, practices, and systems that benefit the population writ large.

After I graduated, I worked full-time doing academic research in New York City. It was interesting work, exploring the psychosocial impacts of chronic disease. But I found myself frustrated with it—frustrated because all we were doing was pumping out research and publications. We were not playing a role in translating or disseminating information to the communities—the people—who could benefit from it every day. That’s why I made the decision to go back to school and get my MPH. I wanted to be able to take on that role and act as a kind of translator, generating new knowledge and directly playing a part in translating, disseminating, and implementing that knowledge into program, policy, and practice.

At first, I had no intention of pursuing a PhD, but once I was at Michigan, getting a sense of what I wanted to do with my future, I realized that a PhD would expand my options. It gave me the flexibility and knowledge that has enabled me to lead work I’m truly passionate about. At Michigan Public Health, I was fortunate to work with incredible educators like Sherman James and Marc Zimmerman, and eventually Arline Geronimus became my mentor and chair. It’s hard to believe that the work she did back in the 1980s is only now getting the right type of attention it deserves. The hard science is catching up with our field and confirming so many of the things she has been speaking out about for decades. Her’s is powerful, powerful work, and her mentorship inspires me every single day.

I’ve always known I would end up in a giving, mission-driven profession, and that’s what public health is about, right? It’s about impact. What appealed to me about public health from the beginning was the ability to impact communities on a wide scale. Public health, by default, is about thinking and troubleshooting, about how to structure programs and build policies, practices, and systems that benefit the population writ large. That’s ultimately what attracted me to the field and it’s what has sustained me in public health throughout my career.

While I was at Michigan, I gravitated towards projects that were applied in nature. I worked with the Prevention Research Center in Flint and at HighScope Educational Research Foundation. In both of these settings, the work we did was very hands-on and that’s the direction I followed after graduation—first for an organization that worked with youth-serving nonprofits to help them improve their service delivery and later for the Robert Wood Johnson Foundation (RWJF) and Foundation Center. At RWJF we did work around evidence-based practice and policy, aiming to move the needle and develop the supports and structures that communities need to improve population health outcomes. Foundation Center had a stronger focus on philanthropy and philanthropic giving and we partnered with foundations across the country to help inform their strategies so they could be more impactful in their giving.

Foundation Center was the first job I had that was not squarely public health. Although it wasn't an organization that was specifically public health-focused, the issues we worked on were often relevant to public health, like domestic violence and disaster relief. It felt like an extension of the work that I had been doing previously for almost two decades, just from a different angle. Ultimately, that position was an exercise in going way, way upstream, into spaces like funding for democracy and democratic institutions, as well as civic engagement and community empowerment within the democratic process.

I’ve seen again and again that when we bring all the components of public health together is when we’re the most effective in driving the change we hope to see.

The opportunity to join the New York City Administration for Children's Services (ACS) Division of Child and Family Well-Being (CFWB) felt like a great culmination of all the reasons I came into public health. I get to do impactful work within my backyard and my hometown, driving evidence-based interventions focused on a critical period of development—from the ages of 0 to 5—among low-income children and families who are predominately children and families of color. It’s an opportunity to develop a system that can potentially serve as a model for other jurisdictions and other populations throughout the country. Oftentimes, the people who are the most vulnerable only have government to depend on, and because the government plays such an integral role in health, it can't afford not to get it right. Coming into government and being part of the team of people entrusted with that responsibility, I’m doing everything I can to ensure that we do get it right.

My focus, writ large, has always been on tackling and addressing social factors. No matter where you intervene over the course of a life, if social conditions are sustaining and perpetuating inequities, those inequities are going to have impact along the entire life spectrum. That’s why I've tried to think about how we tackle social inequities first, so that we can then eliminate the inequities we see in health. As Chief Operating Officer for CFWB, my focus is on youth and early childhood, trying to set a trajectory that will make things easier down the line and minimize the poor outcomes that we see at older ages when things aren't done the right way at the beginning of a person’s life.

All public health work matters, be it applied, academic, or otherwise. If my colleagues in academia aren't producing the research, I don't have a research base to translate to policymakers. I think students entering the field should consider where they see themselves in the broader ecosystem of change, because all the parts of the puzzle are critical. Where do you see yourself making the most impact? For some people, that might be in a lab or at a computer crunching numbers. That is just as valuable as the person who is taking that knowledge and translating it for the policymaker who's going to pass legislation, and just as important as the advocate who's doing the community organizing work. I’ve seen again and again that when we bring all the components of public health together is when we’re the most effective in driving the change we hope to see.

I always try to remember why I do the work that I do and who it’s for. Ultimately, I joined New York City government because I wanted to be part of a system that would improve outcomes for children and families. I try to ground myself and remind myself that, though there's always a personal part of this, the reason I do this work is not for me. I do this work for them and I am in service of them. Any time I encounter frustration, disagreement, or challenge, I pause and ask myself, "What needs to be done to set up a sustainable system that best supports these children and families and their ability to be successful?" 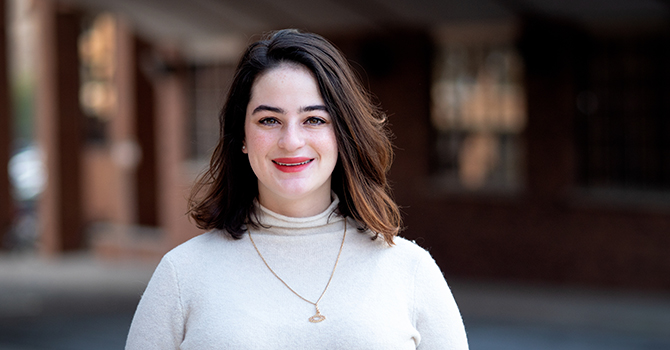 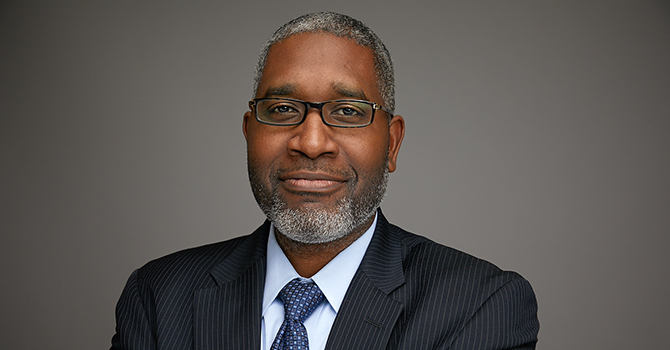 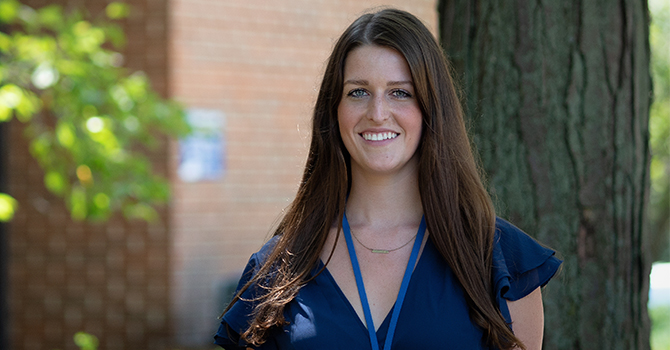 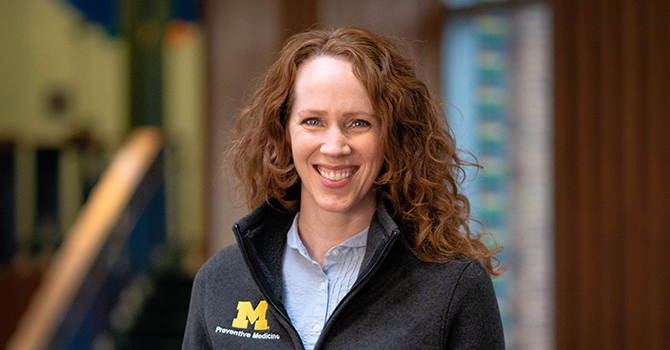 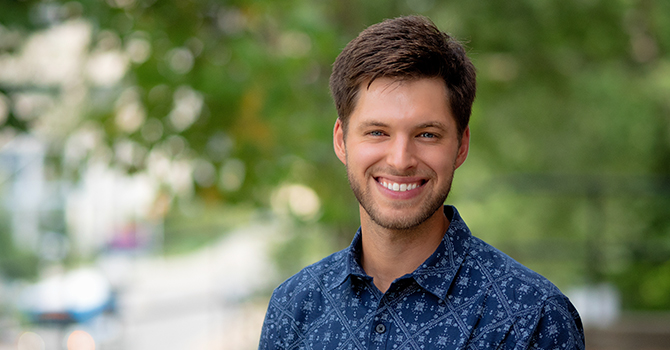 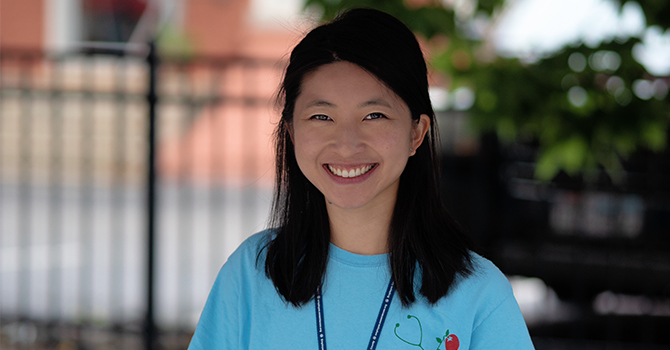