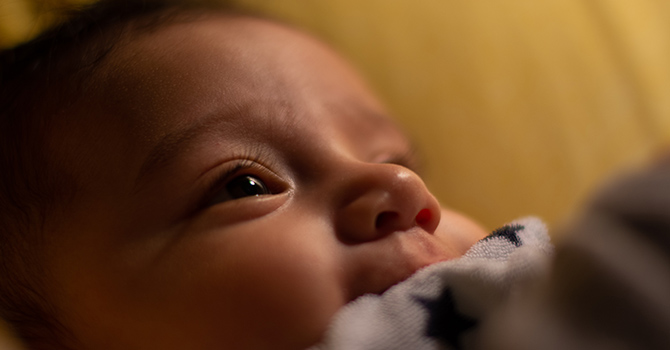 Respiratory syncytial virus, a major cause of lower respiratory tract infections, is behind one of every four deaths from acute illness for children under 2 years old in Nicaragua, according to a new University of Michigan study.

"We knew that Nicaraguan children were getting respiratory syncytial virus and experiencing severe illness, but the substantial morbidity and mortality from RSV that we observed in this study really highlights its importance in this population," said lead author John Kubale, a doctoral candidate in epidemiology at the U-M School of Public Health.

"It also suggests that addressing this burden of respiratory syncytial virus, ideally through a future vaccine, could be a means of further reducing the occurrence of severe illness and death among children."

For the analysis, researchers expanded a study cohort in Managua, Nicaragua, where they had been studying the influenza virus and included respiratory syncytial virus as well. They enrolled 833 healthy newborn babies and followed them for the next couple of years, tracking when they got sick and testing for respiratory syncytial and influenza virus.

Aubree Gordon, U-M professor of epidemiology and senior author of the study, said until now quantifying the impact of RSV on infant health has been difficult due to financial and logistics concerns. Most research is done in clinical settings, unlike this study, which looked at infants in a community setting.

"In Nicaragua, children have a consistent immunization program, have higher vaccination rates than in the U.S. and have access to clean water and to health care. Yet there's been this high rate of infant mortality, so the question is what can we do next," she said. "Our study suggests that developing an effective RSV vaccine could prevent millions of hospitalizations and thousands of deaths every year."