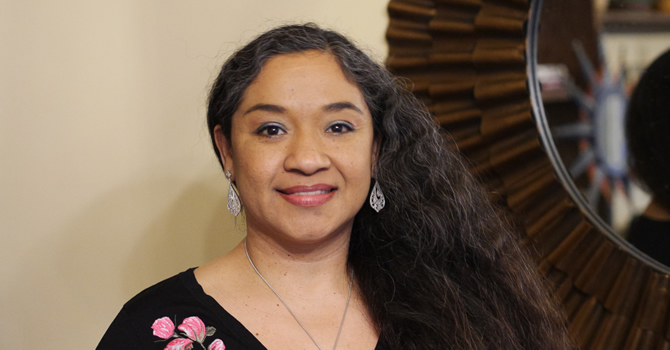 Paul B. Cornely Postdoctoral Scholar at the Center for Research on Ethnicity, Culture, and Health

María Militzer, a research fellow at the University of Michigan School of Public Health, remembers with fondness the acts of kindness she received as a new immigrant to Michigan:

"I was working really hard but there were always people who helped me," said Militzer, who is originally from Veracruz, Mexico. "What else can I say about how life has treated me? I was given a lot, and now it's my time to give back. I have had a lot of support, a lot of luck in that sense. And if I have a little now, I'll do what I can to help the person who doesn't, so he, she, doesn't feel so alone."

As the Paul B. Cornely Postdoctoral Scholar at the Center for Research on Ethnicity, Culture, and Health at the University of Michigan School of Public Health, Militzer studies health disparities in immigrant communities in Washtenaw County.

She keeps busy with a plethora of community-engaged research, including in her more recent roles as president of Mexiquenses en Michigan, a nonprofit, grassroots organization started in 2017 by Spanish-speaking immigrant parents from Mexico.

When the coronavirus pandemic hit in March—forcing a great part of the economy to shut down—the group, in collaboration with the Washtenaw Interfaith Coalition for Immigrant Rights and Saint Francis of Assisi Parish in Ann Arbor, sprang into action to provide families in Washtenaw County with financial support, cleaning supplies and educational materials to help them stay healthy.

"Supporting community capacity building is one of the first steps I wanted to take after completing my doctoral degree," Militzer said. "Learning how communities develop and strengthen themselves is crucial to promote sustained public health practices based on equity."

As the health crisis drags on, the network partners are seeking to secure $15,000 through a GoFundMe campaign to continue recovery efforts and support vulnerable Latino students who are struggling to adapt to virtual learning.

"Now, many people have been returning to work, but many were laid off and are still partially laid off from restaurants, hotels, and it's been hard for them to get back on their feet. They have overdue bills, overdue rent ... there's a lot of need out there," said Ana Trinidad, one of Mexiquenses' founders.

According to University of Michigan School of Public Health researchers Paul Fleming and William Lopez, Hispanics and other minority groups are at higher risk of suffering health and negative economic consequences of the pandemic because of housing conditions, racist immigration policies and discriminatory housing practices. In addition, Latinos are overrepresented in jobs deemed essential during the pandemic, but many lack protections such as paid sick days or access to health care.

For those in mixed immigration status families, where a parent might be undocumented but the rest of the family are legal residents or citizens, government subsidies such as stimulus checks or even food stamps might be out of reach.

From the farm to the public health field

For Militzer, working with Mexiquenses has been an extension of the work she's been doing for years with the Latino community in the area.

Militzer grew up in Coatzacoalcos in the state of Veracruz—the same city where actress Salma Hayek grew up in, she quickly points out. The youngest of three daughters raised by a single mother, she was the first one in her family to finish college, graduating as a veterinarian.

Her work focused on helping small farms come up with economic solutions for everyday problems, such as finding more efficient ways to time milk production. But after NAFTA was implemented in 1994, small farms were all but obliterated. As an estimated 2 million farm jobs were lost, many workers started looking to their northern neighbor. Militzer, then 30 years old, was among them.

She moved to Michigan, hoping to learn enough English to be able to pursue a graduate degree. That's when she attended a school for English learners, cleaning the floors to make up for the education, working in restaurants to earn a living and eventually earning a master's degree in language and international commerce from Eastern Michigan University.

In the meantime, she started working as a medical interpreter at the University of Michigan, which would pique her interest in the intersectionalities of race, culture, class, social justice and public health.

Militzer and her husband, James, started a bilingual newspaper, organized a Latino festival for the community and she was involved with several grassroots organizations supporting Spanish-speaking immigrants.

Working with other medical interpreters, she developed skills training and educational materials for fellow interpreters, who often lack deep knowledge of the medical field or cultural barriers that their clients face. She also designed and taught a couple of elective courses for medical students interested in working with Spanish-speaking patients.

Militzer also took part in several research projects at the University of Michigan School of Nursing and started seeing the role that behavioral intervention research plays in improving health outcomes. A project on urinary incontinence focused on improving women's health by teaching them how to exercise pelvic floor muscles. The interventions addressed multiple individual factors (i.e., setting a schedule) influencing women's adherence to the exercises.

"Yet, the interventions did not address any other sociocultural, economic factors that may also play a significant role in treatment adherence. And then the question was why?" she said. "Everything that I observed in interactions with doctors and patients, and all the socioeconomic factors that are present, even invisible, these are things that we were not considering."

Militzer pursued a doctorate in public health at the University of Michigan School of Public Health's Department of Health Behavior and Health Education, with a focus on how racial and ethnic discrimination affects people's health and health care access.

Because she immigrated to the United States as an adult, she says she didn't experience racial discrimination to the same degree that people of color, and especially Black people, face throughout their lives. But the language barrier was a conspicuous one, and one she was familiar with.

"Despite the fact that there's a whole legal framework for health care organizations to provide services in people's native language, there are still few, and the few that are available may not have the skills they should have to serve their clients well," she said.

"I think the focus on social justice and equity that we have at the department is what really fulfills me. I can't imagine myself doing anything else but figuring out how we put to use the research knowledge, resources and skills we have to improve the health outcomes of a population, of a community. To be able to understand these processes from the affected community angle has helped me a lot."

At U-M, Militzer works with Paul Fleming, an assistant professor of health behavior and health education, supporting his research work on the intersection of immigration policies and healthy care, including data collection to measure how stress related to fear of deportation affects people's health.

Another project, Líderes de la Comunidad—funded through the Ginsberg Center's Community Engagement Initiative and led by Fleming—seeks to identify and empower community leaders so they take charge and solve problems they see in their communities.

"Like we say in Mexico, no one knows more about the soup than the dipper," Militzer said. "This is actually something that I learned in my work as a veterinarian: You're not a teacher, you're not an instructor, but you're helping people learn skills in a way that's not imposing, that's not an obligation.

"Leaders decide what projects to initiate, the resources they need, with whom they want to work with. I help facilitate these processes while I learn about how social determinants affect their health and co-design interventions with them, grounded on their voices and experiences, that influence health care delivery, administration and policy at the institutional level. This is what community-based participatory research is all about."

Ana Trinidad and Nayelly Mena Martínez, both founders of Mexiquenses whom Militzer had met through her previous work as an interpreter, were among the leaders that Líderes de la Comunidad started working with to expand their impact on the broader community.

"At the beginning they were somewhat hesitant, there's these language and cultural barriers that limit the potential leaders have," Militzer said. "But we've been developing this self-confidence together and they've developed several initiatives that confirm to me that when the receiving community, such as Washtenaw County, is open to create a just and caring environment for its most vulnerable immigrant residents, immigrant communities flourish."

Until the beginning of the year, their work focused on immigration-related issues such as organizing family reunification meetings with the help of the Mexican Consulate in Detroit, and providing support to families separated by deportations.

When the coronavirus hit Michigan, Mexiquenses mobilized its network of bilingual volunteers to help process applications for financial support from the United Way of Washtenaw County, establish a GoFundMe campaign to raise funds for the response, and coordinate with Washtenaw Interfaith Coalition for Immigrant Rights and Saint Francis of Assisi to facilitate delivery of funds, cleaning supplies and PPE to vulnerable families.

The group also has been working to provide Spanish translation services to community organizations in charge of educating the public about coronavirus, including the Washtenaw County Health Department and Sheriff's Office. It also has been partnering with the Michigan Institute for Clinical and Health Research Community Engagement Initiative to distribute printed materials about the COVID-19 pandemic in Spanish.

Early in the pandemic, it received $30,000 from United Way and recently received another $27,000 from the Ann Arbor Area Foundation to support the second wave of support. They anticipate the community's need will only grow as the pandemic lingers until the fall.

When people collect their food in the next few weeks, they will also receive flyers, developed by a recent School of Public Health graduate, with information on how restaurant workers can protect themselves to reduce the risk of getting coronavirus.

"We're scared of contagion but we have to go to work. Sometimes we're not careful taking the precautions we need, covering our faces, putting on gloves," Mena Martínez said. "We have to take into account that we're at higher risk because we're a community with high levels of diabetes, of hypertension, of heart disease and other conditions that put us at higher risk."

Members of Mexiquenses also are concerned about the pandemic's long-lasting effects on children's academic development, already greatly affected by socioeconomic, cultural and immigration-related barriers. They recently met with Ann Arbor Public Schools officials to discuss how online classes might not be an option for low-income students who lack the technology or internet access for this type of learning.

"That was one of the reasons why we took the initiative. We want to continue to be a resource not only to help with the basic needs but also to support the children," Trinidad said. "It will be a bit difficult to recover the next school cycle so we're very worried."

For Militzer, this only means she'll get to continue her work with the community.

"I can't imagine doing anything I like more," she said. 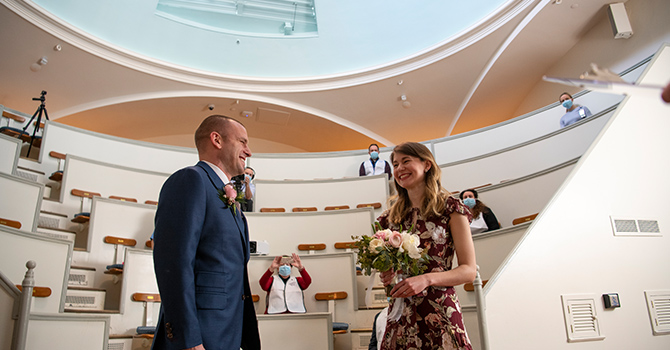 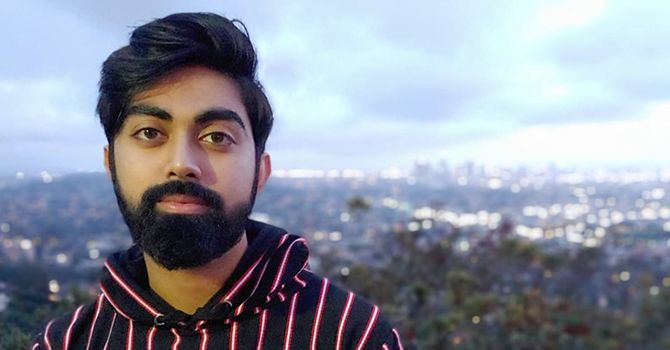 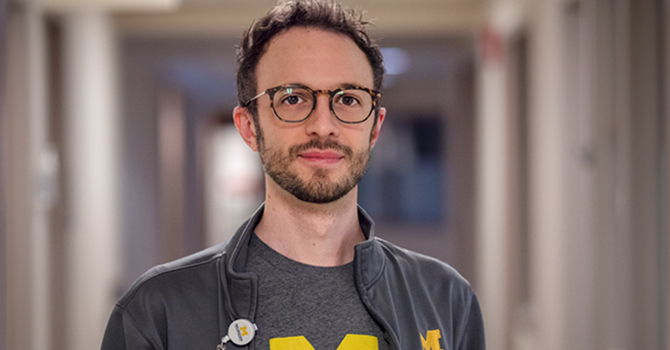 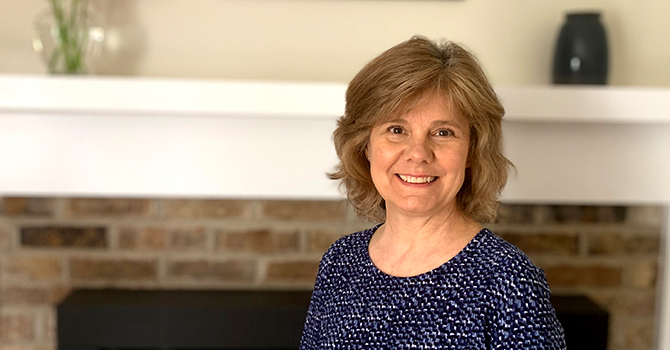 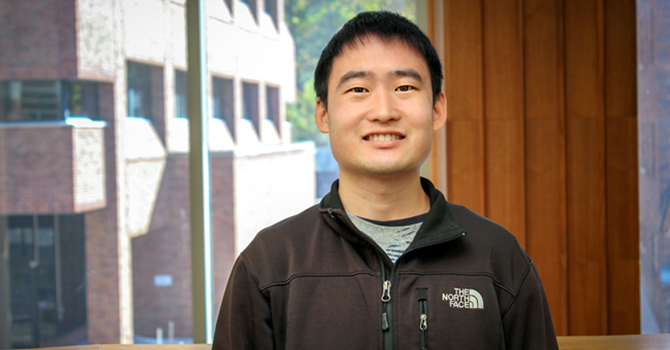 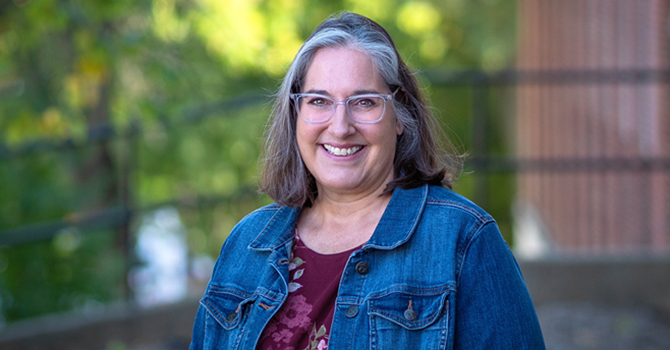