Understanding Lupus, the Disease Treated by Chloroquine and Hydroxychloroquine 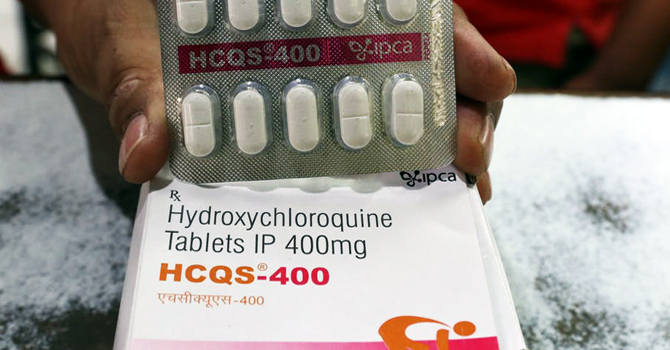 This article was originally published on The Conversation and has been updated.

The search for a COVID treatment should not come at the expense of poor and sick people.

Chloroquine and hydroxychloroquine—two fairly obscure drugs in the minds of the general public, until recently—have hit the headlines of late.

This followed controversial statements by US President Donald Trump that they could be used to treat COVID-19. The US Food and Drug Administration has subsequently approved the drugs for “compassionate use” in the treatment of the new coronavirus infection. But the jury is still very much out on the efficacy of the drugs. Trials still need to be conducted and these have been initiated by the World Health Organization.

Lupus is an autoimmune disease that can affect almost any organ of the body. The two drugs are relatively cheap and are the “go-to” treatments for different forms of lupus.

Myths and Realities around Lupus

Over the last few decades, there has been increasing evidence of a steady rise in the frequency of autoimmune diseases. Global estimates indicate a prevalence of 7.6%–9.4%. Collectively, these diseases affect more than 24 million people in the US. The Lupus Foundation of America estimates that 1.5 million Americans, and at least five million people worldwide, have a form of lupus.

In the US lupus affects four times more people of African descent than Caucasians. However, in Africa, it remains grossly underdiagnosed. Several theories have been put forward over the years in an attempt to explain this. For example, toward the end of the 20th century, there was a popular theory that the number of lupus cases progressively increased as one moved away from equatorial Africa. The prevalence gradient theory suggested that lupus was practically nonexistent in Africa. It was debunked at the turn of the century.

Another popular theory at one point in the 20th century was that environmental factors, such as vitamin D deficiency in the West, accounted for the disparity between the occurrence of lupus on the African continent compared to the US.

Other theories held that the immune response to endemic infections as well as the widespread use of chloroquine for malaria treatment protected against the development of the autoimmune disease.

But in the last decade, improved knowledge about the diagnosis of lupus and other autoimmune conditions in sub-Saharan Africa has upturned these theories. Nevertheless, many cases remain undiagnosed due to the dearth of rheumatologists in the region.

Similarly, very little attention is being given to lupus among African children. This is particularly true in Nigeria. Pediatric lupus represents 10%-20% of all cases of lupus and is associated with higher disease severity, greater organ damage, and increased overall mortality.

Last year a new set of criteria to improve diagnosis and early treatment was published. Unfortunately, it could lead to under-diagnosis in less developed settings where the baseline antibody screening test is unavailable or too expensive.

Lupus affects people in different ways. It is a heterogeneous condition, which may involve almost all organs and tissues. Possible clinical manifestations include—but are not limited to—oral ulcers, skin rash, arthritis, anemia, kidney disease, and seizures. Nonspecific symptoms such as fever, malaise, fatigue, muscle aches, headache, as well as the loss of appetite and weight also occur frequently. If left untreated, lupus can damage the kidneys and other organs. Higher rates of morbidity and mortality are associated with kidney and nervous system involvement.

Another tragedy of lupus is that it mainly affects women of reproductive age thus weakening the core of many families.

Overall, kidney failure is known to be more severe in people of African origin. Among children, lupus associated kidney disease affects 20%-80% of patients with juvenile-onset lupus and 10%-50% progress to end-stage renal disease requiring dialysis. The double tragedy of lupus and kidney failure is not just about higher mortality rates but includes increased morbidity and treatment costs. Treatment remains out of reach for most patients.

Another tragedy of lupus is that it mainly affects women of reproductive age thus weakening the core of many families. Sick patients cannot cater for themselves or their loved ones.

There are concerns on several fronts. The first concerns the two types of antimalarials most often prescribed for lupus—hydroxychloroquine and chloroquine. They are mostly given for mild forms of lupus involving the skin and joints. In moderate to severe lupus, steroids and immunosuppressive agents are usually added to retard disease progression.

The fact that the two drugs are being touted as a cure for COVID-19 has led to growing concern that chloroquine and hydroxychloroquine will soon become unavailable because they are being hoarded or diverted to treat patients in the developed world.

Also, following the announcement by the US president on the use of chloroquine for the treatment of COVID-19. There are now reports in the US and in Nigeria of chloroquine toxicity in persons who consumed excess doses believing it would prevent or cure COVID-19. Some have lost their lives in the process.

Lupus patients are at higher risk of COVID-19 because of their weakened immune system and this may lower their chances of recovery.

Thirdly, lupus patients are at higher risk of COVID-19 because of their weakened immune system and this may lower their chances of recovery.

In the twenty-first century, malaria continues to pose a significant challenge to the wellbeing of populations living in endemic regions worldwide. Despite the increased incidence of chloroquine-resistant malaria some decades ago, newer studies are identifying chloroquine-sensitive malaria and so chloroquine is still widely used for the treatment of malaria. However, limited access and increased cost following its use for COVID-19 threaten its availability to resource-poor countries.

Chloroquine and hydroxychloroquine remain key therapies for lupus patients. As the world battles to overcome COVID-19, we must ensure continued availability of antimalarials to patients whose lives literally depend on them.

Ekemini Hogan is a pediatrician with the University of Uyo Teaching Hospital. She is also a Fellow of the Nigerian National Postgraduate Medical College of Pediatrics.

Akpabio Akpabio is a rheumatologist and internal medicine physician at the University of Uyo teaching hospital in Nigeria. He is certified by the European League Against Rheumatism and volunteers with the Global Image Foundation.

Utibe Effiong, MPH ’14, is an internal medicine physician with MidMichigan Health and a clinical assistant professor of medicine at Central Michigan University. He is also a senior fellow of global health and development at the Aspen Institute. 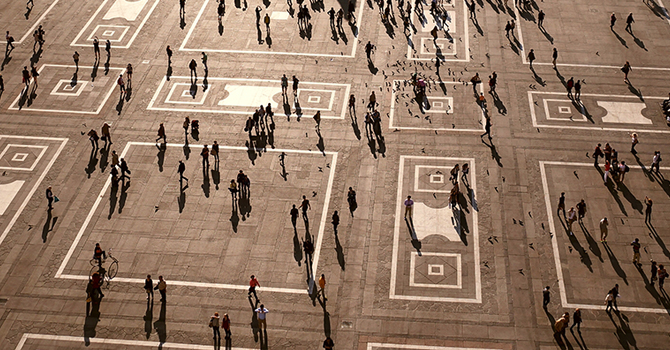 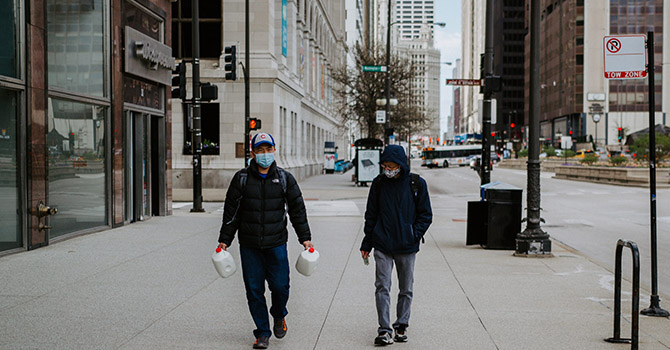 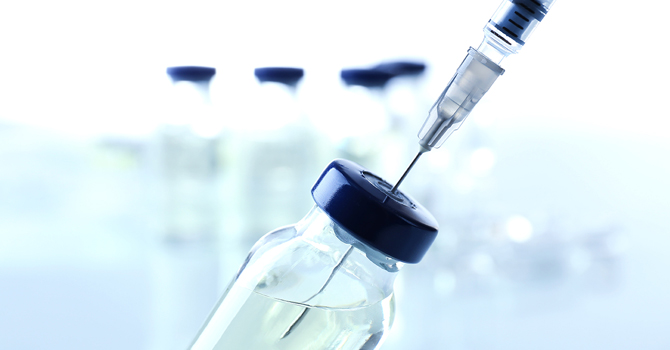 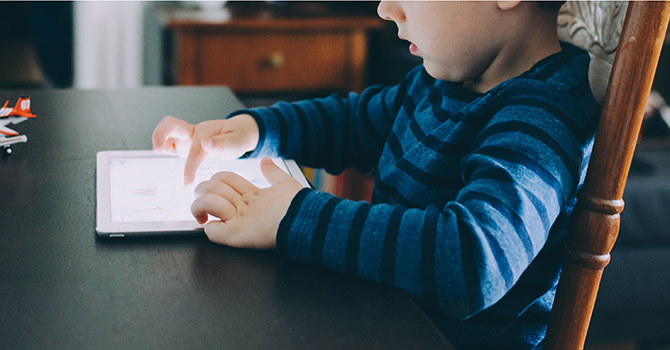 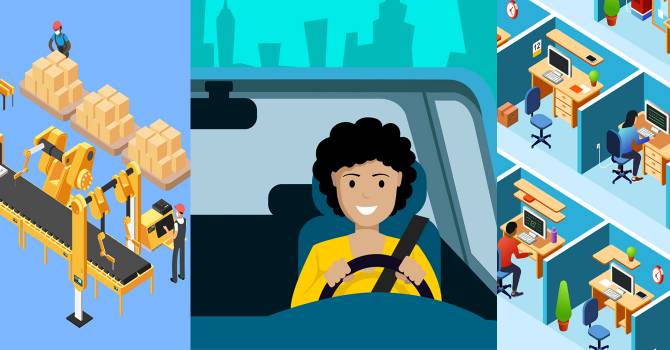 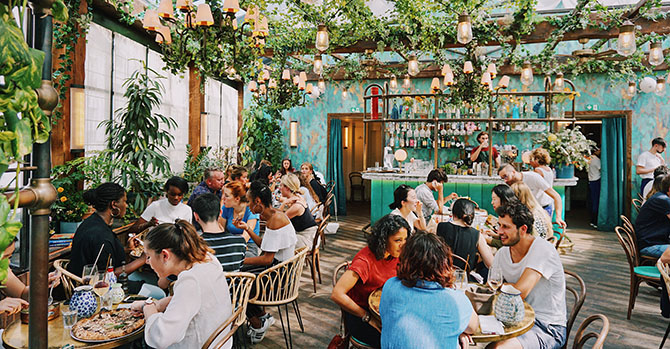